Got Germs? P.E.–Believe the Hype?

A history of juvenile delinquency in men raises the risk of dying or becoming disabled by age 48. So says a study out of the U.K. that followed 411 South London boys from the ages of 8 to 9 years old since 1961. Uh oh…should I worry?

According to the study published in the December issue of the Journal of Public Health, among subjects who at age 10 displayed antisocial behavior (such as skipping school or being troublesome or dishonest) and who were also convicted of a crime by the age of 18, one in six (16.3 percent) had died or become disabled by the time they turned 48. Now this may seem obvious at first thought, as it did for me, because juvenile delinquents likely have increased drug use and are at risk for violent encounters; however, premature death and disability resulted from other factors as well, like heart disease, stroke, respiratory disease and cancer. Whoa. 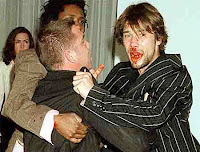 Researchers were unsure of the reasons why premature death and disability occurred in former delinquents, but offered one explanation,


“…it seems that impulsivity–or lack of self-control–in childhood and adolescence [is] a common underlying theme. It may be that the stresses and strains of an antisocial lifestyle and having to deal with all the crises that could have been avoided with more self-control take their toll.” 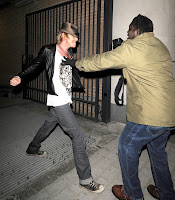 Interesting. I think the scientists are onto something here. Many juvenile delinquents do act impulsively, and if drugs and alcohol are involved inhibition flies right out the window. As a former juvenile delinquent myself, I can tell you learning how to deal with various emotions is seriously delayed. For some, it may never be learned. Learning how to put the world around us into perspective is a skill that we generally learn as young people; perhaps not perfectly, requiring further refinement in adulthood, but the basics are learned by most. The juvenile delinquent that lashes out impulsively at every uncomfortable experience likely goes through a heightened stress response. And we all know how damaging long-term and high cortisol concentrations can be on the internal environment, physiologically.

I don’t know if there is an answer. I don’t even know if there needs to be one. I guess I would say that if you have a loved one expressing juvenile delinquency, trying to help them balance their emotions will be paramount. I know in my case I listened to no one–that’s part of the delinquency–everyone was stupid (except Ozzy Osbourne). But at least when the child grows up–it happens eventually to all of us (except Ozzy Osbourne)–you can help by teaching him balance, and teaching him that emotions moments eventually pass. Maybe in this way (and turning him on to other healthy lifestyle behaviors) you can help decrease the stress response that is likely knocking bad boys off at a young age.