A recent study proves that we must be exposed to germs as kids or risk getting sicker as adults. Duh! Told you so.

This, oh-my-god-don’t-come-near-me-if-your-sick stuff is pointless, and detrimental in the long run. Consider getting sick as updating your computer virus scan–same idea. Check it:

A recent U.S. study that followed thousands of participants from birth (in the 1980s) to 22 years of age showed that although Filipino children were exposed to many more infectious diseases than their American counterparts, they had much less inflammation as adults. Inflammation was measured by the concentration of C-reactive protein (CRP) which is an indicator of the body fighting off infection. 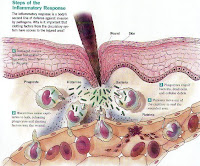 According to Thomas McDade, lead author of the study, “CRP concentrations are incredibly low in Filipinos compared to people in the United States and that was counter to what a lot of people would have anticipated because we know that Filipinos have higher exposure to infectious diseases.” The take home lesson, McDade stressed is the importance of being exposed early in life to common microbes and bacteria.

Why? Again, exposure to infectious agents updates the virus scan. Says McDade, “These bacteria and microbes may never result in outright clinical disease but they do play an important role in promoting the development of regulatory networks.”

I know, I know, dude…I’ve been telling them. You’ve got to get sick. It’s healthy, get it? Sick is health. I know it doesn’t make complete sense, but life is tricky. So is health. To be truly healthy, you’ve got to be sick sometimes. No biggie. Swine flu, bring it on. Rhinovirus, bring it on. Chicken pox, bring it on. Kids and adults have gotta be prepared. 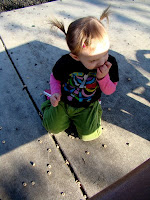 Here goes another cool way to think about it: McDade, who has a two-and-a-half-year-old son, likened immune system development to the way Americans promote brain development in infants and toddlers by exposing them to “all sorts of cognitive and social stimuli. There’s rapid brain growth early in life and there are lots of neurological connections being formed, and you need to engage with your environment in order to promote those connections.”

So observe the ten-second-rule: Your kid drops food on the floor, you’ve got ten seconds, have Pumpkin pick it up and eat it. On second thought, drop the rule altogether–just let Pumpkin eat. It’s for her health.