You Control Your Health German Pop-Star Charged with Reckless Sex

Boredom Can be Deadly

Bored to death? Don’t take it lightly. New research shows that boredom can actually have a negative effect on your health. In fact, the research suggests that the more bored you are, the more likely you are to die early.

A epidemiological study carried out at University College London looked at more than 7,500 London civil servants from 1985-1988 and asked if they had felt bored at work during the previous month. The researchers tracked down all participants that had died by April 2009 and found that those that had reported feeling bored were 2.5 times more likely to have died from heart problems than those that had not reported feeling bored.

Although the correlation was reduced when researchers corrected statistically for other risk factors like physical activity levels, the connection between boredom and dying was still significant.

“Someone who is bored may not be motivated to eat well, exercise, and have a heart-healthy lifestyle. That may make them more likely to have a cardiovascular event,” said Dr. Christopher Cannon, an associate professor of medicine at Harvard University and spokesman for the American College of Cardiology. 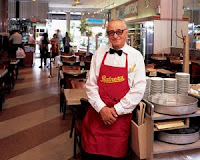 Hmm, could be doctor, could be. But I think that life thrives as we have a purpose driving us. Once that purpose diminishes, life starts to dwindle. It’s not uncommon for people to die shortly after retiring–there are studies documenting it. Why? Because if you find purpose in work, a sense of usefulness, then you have something to get up for every morning, a driving force if you will. When that drive goes, well…you go. Now no doubt, some people find purpose in other things like family, home, recreation, whatever. But as a way to understand why boredom can lead to heart disease and death, well it makes sense to me.

So do what you love and have a purpose behind it. If you can’t find a purpose in your day to day life, you might just be ready to move on to the next experience.

3 Responses to Boredom Can be Deadly