Boredom Can be Deadly Condom Couture 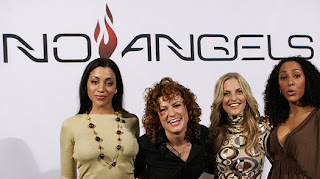 Oh lord, Nadja Benaissa…you know her, right? Oh you don’t? I never heard of her either, before today. But you’ll hear her name now, because she’s in BIG trouble. The pop singer from the German all-girl band, No Angels, was charged with causing bodily harm for failing to inform sexual partners that she was HIV positive. Doh! No angel, indeed.

Ms. Benaissa, 27, had sex on five occasions between 2000 and 2004 with three people and did not tell them she was infected, even though she had known since 1999, according to the charge sheet. 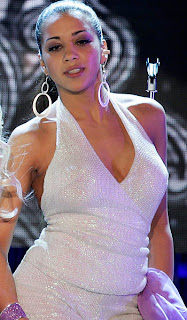 “She was well aware that any unprotected sexual contact can lead to the virus being passed on,” prosecutors in the German town of Darmstadt near Frankfurt said.

One of the three former partners has been confirmed as being infected with the HIV virus. Hmm…would knowing her status have changed things? Would the former partners have declined? I don’t know, have you seen what see looks like? Man, that’s dangerous.

Either way, if you are infected with HIV, herpes simplex, gonorrhea, syphilis, chlamydia, or any other sexually transmittable disease…own up to it. Don’t mess with other peoples’ lives like that. It’s irresponsible and quite frankly, heinous, and one way or another it’ll come back to you. For the smokin’ hot Benaissa, well, you’re gonna have to pay, babe.

She was charged six months later; the story here: http://www.theguardian.com/world/2010/aug/26/nadja-benaissa-hiv-sentence-germany