“Hey doc…I can’t get it up.” There now that wasn’t so bad was it? Say it again. Go on, say it. I promise you, your doctor will not laugh. Trust me, it’s a hell of a lot better than buying counterfeit Viagra online. Duh!A recent study published in the International Journal of Clinical Practice reports that fake drug sales via the internet have skyrocketed over the last couple of years. In fact, seizures of fake drugs in Europe have quadrupled between 2005 and 2007; in the U.S. FDA investigations have increased eightfold from 2000 to 2006. The distribution of fake drugs is a booming business: one estimate has the sale of fake drugs hitting $75 billion in 2010.

The problem is not just that consumers are being ripped off, the fakes can actually be harmful to health. Two pregnant women died after they were given injections of a counterfeit iron preparation for anemia, and 25 children died in Bangladesh of kidney failure after taking paracetamol syrup that was contaminated with diethylene glycol, which is also used as antifreeze in cars.

However, the purchasing of fake drugs on the internet persists. Viagra seems to be the big one, but the consumers of such pharmaceuticals know not what they take. According to lead author of the study, Dr. Graham Jackson, a cardiologist at London Bridge Hospital in the UK, “The first danger is people don’t know what’s in it. Some are just talcum powder or brick dust, while some have a bit of Viagra or Cialis and some chemicals that have nothing to do with it.” 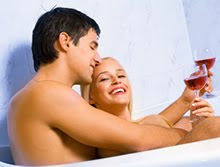 According to the study, one-third of men surveyed reported sidestepping a health-care professional when buying erectile dysfunction drugs. Why? What IS the big deal? Do you think your doctor finds this funny, pathetic, or what? C’mon guys, you would rather buy fake stepped-on garbage than risk a moment of humiliation I guarantee will pass the minute your doctor says okay? How much you want to bet he or she doesn’t even look up at you and just writes the scrip. There…I given you support. Now get off the damn net and get to your doctor’s office pronto. Just one humiliating second and it’ll be happy days are here again….