Last post I discussed vitamin D insufficiency resulting from too little sun, and I’m not holding back knocking dermatologic scare tactics keeping people out of the sun. The addition of sunscreen lotions to our moisturizing products and makeup has become pervasive. Aside from keeping us from getting our necessary vitamin D, sunscreens have a direct effect on our health.

As a recap, we need sun exposure; sunlight causes the production of vitamin D in our skin. Vitamin D is necessary for many functions, and being low in vitamin D can cause a bevy of problems. I’m not going over all of them here. I’ve written plenty of posts on vitamin D insufficiency; they are all here (here, here, and here). I also recommend reading my article on vitamin D–it’ll direct you on how to get tested and find out your vitamin D levels. Vitamin D insufficiency is epidemic today, and people are developing chronic illness as a result. Educate yourself on the dangers, get tested, take supplements and get sun, that simple.

What I want to discuss is the direct danger of using sunscreen. This product has been so ingrained into our lifestyle that people accept it’s safety as if it were soap. I encourage you to think twice. Let’s look:

Melanin, the brown pigment that is released when skin is exposed to sunlight, absorbs UV radiation and dissipates the energy as harmless heat, blocking the UV rays from damaging skin tissue. It is nature’s amazing photoprotectant–more than 99.9% of these molecules repel photon energy. Compare this to some ingredients in popular sunscreens–the most effective only repelling 81% photon energy, and some as low as 10%.

Because of its poor dissipation of photon energy, sunscreens actually allow more free radical formation. My regular readers know what these damaging chemicals are, but for those of you who don’t, free radicals oxidize molecules and tissue potentially leading to cancer and other degenerative diseases including premature aging. 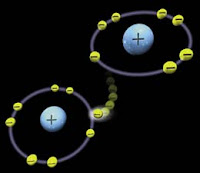 Not only are sunscreens poor photoprotectants, but some of their ingredients have been implicated as increasing the concentration of reactive oxygen species (ROS), which can also cause oxidative damage to DNA, cells and tissues leading to inflammatory diseases and premature aging. In one study, the sunscreen acted as a protector for the first twenty minutes; after 60 minutes, however, it increased the number of ROS in the skin.

Some studies (also here and here) have even implicated sunscreen as increasing the risk of developing malignant melanoma, the deadliest of all skin cancers. However, two meta-analyses (and here) failed to show a causal effect of sunscreen use on melanoma development, despite the correlation found in the other studies. So the jury is still out on whether sunscreen increases the skin cancer risk.

What is pretty clear, though, is the health risk posed by some of the synthetic compounds found in sunscreens. From Wikipedia:

In 2007 two studies by the CDC highlighted concerns about the sunscreen chemical oxybenzone (benzophenone-3). The first detected the chemicals in greater than 95% of 2000 Americans tested, while the second found that mothers with high levels of oxybenzone in their bodies were more likely to give birth to underweight baby girls.

Finally, there has been some concern over nanoparticles used in many sunscreens. Nanoparticles could increase rates of certain cancers or diseases similar to those caused by asbestos.

With all the potential dangers linked to using sunscreens, along with their blocking our vitamin D producing capacity (as well as studies showing sun exposure lowering death rates of cancer patients), why the heck would anybody continue using them regularly? Like I said last post–I’m done. I’m getting my daily sun sans sunscreen. If I go to the beach, I’ll put some on after about twenty minutes, then I’ll get under my umbrella. Short bouts of sun, that’s it. That’s how I’m doing it. How ’bout you?

2 Responses to Sun Me