ADD Is Not A Handicap 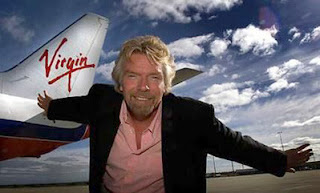 Many people throughout history have been thought to have had ADD.  I presume this has something to do with their observed behaviors, but nevertheless, you see some famous names come up–Albert Einstein, Vincent van Gogh, and Salvador Dali to name a few.  Now I don’t know for sure if this is true, as I can find no reliable sources for this information; but plenty of current celebrities and other accomplished individuals have been diagnosed with ADD, and much of what I’ve been talking about in earlier posts stands out.

One common theme seems to be an understanding of how the uniqueness of ADD was instrumental in the individual’s success.

Take Sir Richard Branson–diagnosed with ADHD, he started a magazine, called Student, at 16, and went on to start an airline, a record label, a record store, and a total of 400 companies under the Virgin Group.  Branson is “living proof of the statistic reported in Psychology Today that people with ADHD are 300% more likely to start their own company.”

And then there’s David Neeleman, Founder of JetBlue Airways–he “credits his success, and creation of JetBlue, with his ADHD — saying that, with the disorder comes creativity and the ability to think outside the box.”

Paul Orfalea, Founder of Kinko’s, “credits ADHD with helping him start the copy chain. ‘With ADD, you’re curious,’ he said. Orfalea also says his ADHD lets him think big without getting weighed down by details, saying ‘I can’t write a letter and I can’t fix a machine [...] I hire capable people to handle that.’”

Another theme is finding and tapping into a child’s inspiration, or hidden genius. 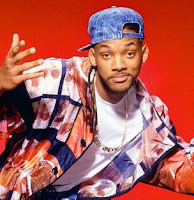 Take actor Will Smith–he states that “he was the ‘fun one who had trouble paying attention’, and that today, he would’ve been diagnosed with ADHD. He also recalls having trouble reading–these days he follows along with books on tape.”  No doubt where his genius lies: He is the fun one–that comes out in all his work.  Lucky for all of us that he tapped into his talents.

For Michael Phelps, Olympic gold medal record holder, “swimming isn’t just a winning sport; it’s a way to cope with his ADHD.  His mom Debbie described her son’s exhibition of classic ADHD symptoms: not sitting still or being able to focus. However, he channeled that into swimming, and with ‘continuous praise and positive reinforcement’ Phelps had the encouragement he needed to score the golds.”  Continuous praise and reinforcement of a child’s inspiration, folks…I’m telling ya. 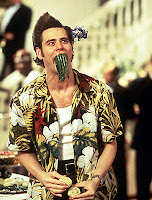 Then there’s Olympic decathlete, Bruce Jenner–”he struggled in grade school with attention issues, until he won a race in fifth grade. Being the fastest kid in the class gave him his “little arena” to focus on–and eventually, the tools to succeed in the big arena.”

Comedic actor Jim Carrey has also been diagnosed with ADHD.  He credits “his zany, all-over-the-place antics on his ADHD.  He remembers coping by being the class clown, and said that it’s ‘hard for me to come down from what I do.’”  Talk about embracing your inspiration.

So, embrace your child’s uniqueness.  There’s a genius in there waiting to come out–it just takes recognition, encouragement and support.  You might just be amazed at what your ADD-labeled kid might accomplish.

2 Responses to ADD Is Not A Handicap