ADD Rx: Turning Kids Into Speed Freaks ADD: The Next Wave of Drugging Children Has Begun 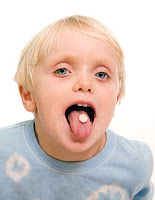 So the modern medical solution to ADD is primarily stimulant medication.  And funny that the U.S. is the major consumer of the pharmaceutical Ritalin, a drug compound similar to cocaine.  The U.S. Drug Enforcement Agency and the United Nation’s International Narcotics Control Board both recognize the dangers to individuals and society by the increased prescriptions of Ritalin to growing numbers of children (mostly boys) being diagnosed with ADD.

Despite these facts, and the dynamic nature of the ADD definition (parameters), doctors in the U.S. (not Europe, not Asia, and in fact the full demographics are quite startling) continue to prescribe hard core meds to children.  Even worse is that some doctors have taken the next step to even harder drugs to treat their pediatric patients labeled ADD–antipsychotics.

What are the real dangers of taking central nervous system stimulants, that is, how do they affect the bodies and minds of the children put on them?  First, as I described last post, stimulant drugs like Ritalin, cocaine, and methamphetamine are dopaminergic, which means that they affect the dopamine neurotransmitter system.  Dopamine is involved in the pleasure and reward responses of the brain.  Stimulant drugs, then, create a state of euphoria–they feel good.

Drugs that feel good have a high-propensity to cause dependence, that is why stimulants for treating ADD are classified as Schedule II drugs (some medicinal uses, high potential for abuse, high rate of dependency).  Other Schedule II drugs include cocaine, morphine, methadone, methamphetamine, and opium; yet, only Ritalin can be obtained by a doctor’s prescription.  Think about that.

Stimulants do increase focus and concentration in the short-term, that’s why amphetamines were given to pilots in World War II, but they come with some unwanted side-effects.  The side-effects associated with Ritalin are:

More serious symptoms may include:

And according to the National Center for Biotechnology Information:

It must be kept in mind that these side-effects are known with regard to short-term use.  Long-term effects of Ritalin and other stimulant meds is not yet fully known.

One thing we do know for sure is that Ritalin is currently the most stolen drug as listed by the DEA.  Why?  Kids want it.  The highest rate of abuse is among college students–Ritalin helps them stay awake to study (smart drugs?).  Some children prescribed Ritalin sell their pills to others who wish to take the drug recreationally.  Since overdose is possible on Ritalin, the practice of ADD-labeled kids selling their drugs (more reason to question the drug’s necessity) makes this a serious public health concern. 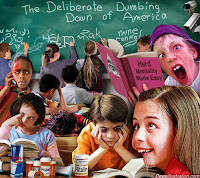 I write these posts because I know that many of you reading this are either being faced with making a decision for your ADD-labeled child now or you may be in the future.  This is a paramount decision, and very likely a scary one.  When a medical diagnosis is rendered, it may seem as if conventional wisdom is as solid the Newtonian laws of gravity (wink, wink).  But in this case it is not.  There are too many holes in the current ADD model, and the solution American doctors are prescribing for their pediatric patients can alter your child’s life forever.

Why not accept that your child is a unique expression of life, carrying his or her own untapped genius?  Why not learn to find your child’s inspiration and nurture it?  Offering your child hard-core drugs may actually suppress that genius from expressing itself.  In the next few posts we’ll discuss these ideas, and look at a few people that have done extraordinary things with their lives, despite being labeled ADD.  But next–the antipsychotics.