ADD: The Next Wave of Drugging Children Has Begun 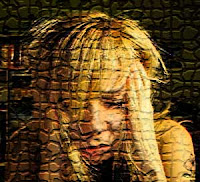 Last post we discussed the dangers of Ritalin and other central nervous system stimulants in treating ADD.  As disturbing as the rise in Ritalin prescriptions over the last twenty years has been, an even more upsetting trend has begun over the last decade–the use of antipsychotic medication to treat ADD.

Antipsychotics, the big guns, for people (children) with “serious” mental health issues–schizophrenia, bipolar disorder, and so forth–are tranquilizing psychiatric meds used to treat psychosis (including delusions or hallucinations, as well as disordered thought).  There are two types of antipsychotics–typical and atypical.  Atypical antipsychotics are newer and have less severe side-effects, but all antipsychotic medication comes with heavy dangers:

Antipsychotics are some of the biggest selling and most profitable drugs, netting $22 billion in 2008.  That might be why we have seen an increase in off-label (not approved by the FDA) prescribing.  Many states have been reporting high amounts of Medicaid reimbursement for doctors’ prescribing these potent meds–Texas and Florida to name two.

According to one major study, between 1995-2002, nearly 5.8 million childrens’ doctors visits resulted in antipsychotics being prescribed.  Almost one-third of those were doled out by non-mental health practitioners.  53% were given to children for behavioral indications or affective disorders, conditions for which antipsychotics have not been carefully studied in children.  The overall frequency of antipsychotic prescribing increased from 8.6 per 1000 US children in 1995-1996 to 39.4 per 1000 US children in 2001-2002.

Can anyone think of a reason besides the obvious financial incentive to prescribe antipsychotic medication to children labeled ADD?  Try this: Perhaps the stimulant drug solution to treat ADD, so prevalent over the last two decades, isn’t providing the results that we’d hoped for.  One study has shown that long-term benefits are non-existent in those taking Ritalin.  Why, then, perhaps stronger drugs will do the trick.  I’m just waiting for the chemotherapy solution for ADD.  You think I’m joking…

Watch the video below for more info on the dangers of antipsychotic use in children.