Got pain?  Try some Obecalp.  A strong placebo, Obecalp can help people that suffer from things like chronic pain, chronic fatigue and depression.  The use of placebo (fake pills, often made of sugar) to treat any condition, however, is highly controversial.  German doctors are considering it as a viable treatment option anyway, so let the debate begin:The German Medical Association (GMA) has recently conducted a major study on placebos and they conclude: fake pills sometimes work better than real medicines!  No chit!  They even go as far as recommending that doctors give placebos out more often.  Now that’s something…

But not so fast–we have an ethical dilemma.  American and British authorities believe that any use of placebo without the patient’s consent is unethical.  What?!?!  Yes, Ted Kaptchuk, associate professor of medicine at Harvard University, says, “That’s what I call lying. I’m not saying it’s wrong, but it would be unacceptable in the U.S.”  Uh huh…American medicine never lies…

The GMA point out that placebos don’t come with any nasty side effects and could be the last hope for patients with hard-to-treat ailments where no good medicines exist.

Placebos work by causing physiological changes in response to the idea or belief that the patient is receiving a beneficial treatment.  It’s true mind-body healing, as the mind creates the physiologic responses necessary for healing (and I would argue that this component exists in all healing!).  So what’s the problem? 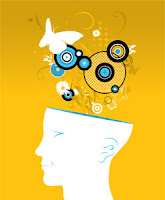 The American Medical Association warns that doctors who use placebos without telling their patients may undermine their trust and cause harm.  Further, opponents state that in health care, at least in the U.S. anyway, “we have a commitment to transparency.”  But they also admit that using more placebos might wean people off drugs that haven’t proven to be very helpful and could also save health care systems millions of dollars.

So what do you think?  Are the use of placebos to treat conditions unethical?  Should people only be given substances shown to cause physiological effects on their own through studies and trials?  Should we study the effects of the mind on the body with regard to healing even deeper, including the benefits and disadvantages of placebo?  And how about Obecalp–willing to try some for your chronic fibromyalgidepression?  Let me know.

Here is a great video showing the visceral effects caused by the mind alone: