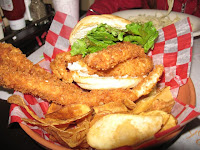 Here’s a sure-fire multimillion dollar money-maker for anyone wanting to enter a growth industry in an area of high need.  Consider opening health food stores, fitness clubs, yoga studios, healthy foods restaurants, and mind or bodywork practices in the American South.  The southeastern region of the United States is ripe for the health and wellness industry, as it is currently labelled the Stroke Belt due to the high incidence of cerebro- and cardiovascular diseases.

The term Stroke Belt was coined in 1965 in response to 50% higher stroke mortality rates in the southeastern U.S.  A new study, called The Reasons for Geographic and Racial Differences in Stroke (REGARDS), looked at 30,000 U.S. adults aged 45 or older from 2003-2007, following them for stroke and cognitive decline.  Participants included 56% from the Stroke Belt states and 44%  from the remaining states in the continental U.S., including the District of Columbia, which researchers collectively termed “non-Belt” states.

For their report on cognitive decline, the investigators included 23,913 REGARDS participants, made up only of African-Americans (38 percent) and European-Americans (62 percent) who reported no history of stroke at baseline and had normal cognitive status at the first assessment.  Researchers assessed brain function using the Six-item Screener (SIS)—a test of global cognitive function that includes item recall and temporal orientation.  Results showed Stroke Belt residents had a greater likelihood of cognitive impairment (18% higher) than non-Belt residents after adjusting for the influences of age, sex, race, and education level. The research team suggests that future studies should examine the impact of migration patterns, urban versus rural residence, socioeconomic factors, and educational quality on cognitive decline.

No doubt, a typical southern lifestyle is not conducive to great public health.  This doesn’t mean there are no healthy people in the south (sometimes I feel I have to say that).  What it does mean is that eating a diet high in fried foods, heavy drinking, smoking, sedentary lifestyle, and unsafe sex will lead to increased illness and shortened lives.  For sure these behaviors happen all over the country, let alone the world.  But the southern U.S. is plagued with high poverty rates; and regional lifestyle differences–like certain foods and activities–could account for the differences in cerebro- and cardiovascular disease rates. 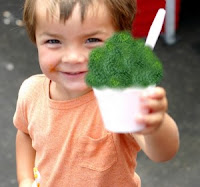 So back to my business idea: The southeastern U.S. is ready for some healthy-choice businesses just like the ones we have on every street corner in the North.  Now I don’t mean to be offensive to my brothers and sisters in the south–I’m not suggesting you ain’t with it.  It’s just that–as an industry–the wellness trade hasn’t yet exploded in the south like it has in the rest of the country.  The explosion and the movement will occur concurrently.

Trust me, if you are an entrepreneur and are looking for an exciting new venture–wellness in the South is it!  Showing people that there is a better way, and then giving them the resources, the choices to live it…well that’s what I find super-exciting!  C’mon, the next John Mackey is ready to arise.  Start in the U.S. south–in my estimation, it’s a goldmine!