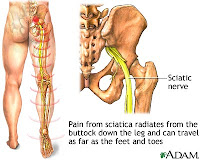 Low back pain is the fifth most common reasons for physician visits in the U.S.  One third of them report persistent back pain of at least moderate intensity one year after an acute episode, and 1 in 5 report substantial limitations in activity.

Sciatica–a painful nerve irritation–can accompany low back pain and can sometimes be present on its own.  Sciatica and low back pain together very often result from disc herniation, predominantly in the lumbar spine.

Several treatment options exist, but which ones are most effective?  A 2010 study set out to determine the efficacy of two of these treatments–chiropractic adjustments or surgery.  Forty patients were chosen through elective referral by primary care physicians to spinal neurosurgeons.  Patients were chosen on the basis that they had already failed at least three months of nonoperative management including treatment with analgesics (pain killers), lifestyle modification, physiotherapy, massage therapy, and/or acupuncture.

The patients were randomly split into two groups: those to receive chiropractic adjustments and those to receive microdiscectomy (surgical removal of the herniated disc–cool video here).  Crossover to the alternate treatment was allowed after three months. 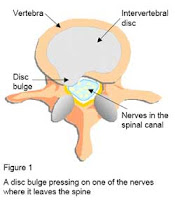 Researchers found significant improvement in both groups.  Hmmm…so, by this study, chiropractic and disc surgery were better than pain killers, lifestyle modification, PT, massage and acupuncture to relieve chronic, stubborn sciatica.  Okay, I’ll buy that (well, I am a chiropractor, you know?).  But which one is better?  We’ve gotta have a ‘better’, don’t we? 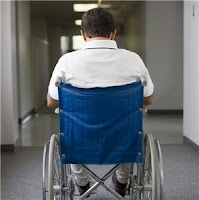 Here’s the take home: When dealing with chronic sciatica due to herniated disc, try chiropractic first, period (authors believe first line should be drugs, physical therapy and lifestyle modification…but I don’t).  If the chiropractic doesn’t work, go ahead and get the surgery (although I still think I would try chiropractic, rehab and orthotics [if foot dysfunction present] seriously for at least one year before making that decision).  If you do it this way, you won’t hurt yourself  (at least within three months) by waiting on the surgery–you will still likely benefit as if you went surgery right away–AND if chiropractic works for you (as it did for a majority in the study), you’ll be better off physically and financially, because remember, you’ll never be the same or better following a surgery, and microdiscectomies aren’t cheap (unless, of course, you are lucky enough to live where there’s socialized medicine, and then somebody else will pick up the tab).

Finally, if you decide to get the surgery and it doesn’t work for you (10-20% failure rate), understand that there’s no going back–chiropractic probably can’t help you then.  Get it?  Good.