Teens and binge drinking ain’t nothing new–but understanding the ways in which heavy drinking affects teenage females is.  So says a recent study looking into the effects of alcohol on the teen brain.  Researcher at the University of California, San Diego (UCSD) and Stanford University found that binge drinking–four or more drinks for women, and five or more for men–hits the brains of teenage girls harder than it does teen boys.

Functional magnetic resonance imaging (fMRI) studies were conducted on 95 teen volunteers in the San Diego area, including 40 binge drinkers and 55 controls.  The volunteers self-reported how much and how often they had tied one on in their lifetime, and how much alcohol they’d consumed in the three months prior to the study. 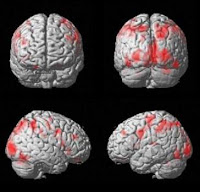 The results showed eight different regions of the brain in teenage girls that were affected by the heavy drinking…but here’s the kicker: The detrimental cognitive effects lasted well beyond the study period.

“Long after a young person–middle school to college–enjoys recovery from a hang-over, this study shows that risk to cognitive and brain functions endures,” said Edith Sullivan, a professor in the department of psychiatry and behavioral sciences at Stanford University School of Medicine.

Comparatively, teen boys had only four regions of the brain related to spatial activity affected by binge drinking.  These results showed that developing girls are more susceptible to neurological effects of alcohol. Some potential reasons are that girls’ brains develop two years ahead boys, hormonal differences, and the lowered amount of alcohol needed to affect women due to slower rates of metabolism, higher body fat ratios, and lower body weight.

These are frightening results since 3 in 10 American teens in the final year of high school reported binge drinking in the past month.  Especially scary for teen girls and their parents.  As peer pressure increases, so do the risks young ladies take by hitting the bottle hard.  And because of the lingering effects, the detriments may affect their studies, their safety and their health.

No easy answer to this problem as we were all young once.  My personal feeling is that I feel immense gratitude for the numerous stories on the nightly news of teen accidents, celebrity overdoses and drunken car crashes, teen sexting screw-ups, and other SNAFUs.  It’s what I’ll use, hopefully, to deter my own daughters from taking up teen binge drinking.  But the truth is you never know what they’re going to do.  I’ll mention these results to my girls when the time comes, and just hope they have other ways of expressing their youthful energy.

3 Responses to Teen Girls Dumbed Down by Binge Drinking