Wasting Away From the Inside-Out 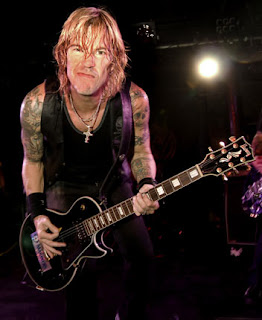 Although prescription drugs are getting most of the press these days, recreational drugs aren’t off the hook.  Lots of people are still addicted to these bad-boys, so discussing ramifications here is worthwhile.  It’s not that knowing the physiological effects of party drugs will stop anybody from partying, particularly not an addict, but plenty of people struggle with the decision to quit everyday.  Sometimes getting scared straight is just the habit-kicking potentiator needed.

Take former Guns and Roses bassist, Duff McKagen: In his upcoming book, It’s So Easy: and other lies, he discusses what his body turned into from years of chronic, high-volume drug use:

“My hair began falling out in clumps, and my kidneys ached when I pissed.  The skin on my hands and feet cracked, and I had boils on my face and neck.  I had to wear bandages under my gloves to be able to play my bass.”

Rock stars are the perfect subjects for health research, because the years of heavy drug abuse by some creates a sort of rapid-progression case study, a walking laboratory of sorts.  Although it might be tempting to believe that rock-star drug loads are simply outside the realm of your average, everyday user, many people abuse drugs even longer than McKagan had, so what happened to him can definitely happen to any drug abuser that manages to stay alive long enough to witness the self-destruction.

McKagan goes on about his deterioration:

“I felt as sick as I ever had.  My hands and feet were bleeding.  I had constant nosebleeds.  I was shitting blood.  Sores on my skin oozed.  The house was awash in the fetid effluvia of my derelict body.” 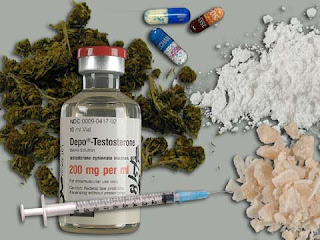 He does a good job of describing what happens to a body from repeated and long-term drug use.  It essentially wastes away from the inside-out.  Vitamin deficiencies, liver overload and breakdown of the kidneys (McKagan today is on permanent dialysis) is what we risk when we take drugs.

Lots of people think it won’t happen to them, or they try not to think about it at all.  Ignoring the occasional worry about the damage drugs must be doing is a temporary solace to the realities every drug user understands.  But if you are thinking about quitting, or you’ve just recently quit, then perhaps McKagan’s words will serve as a deterrent to a relapse.  Or maybe you can use the information to strategize your comeback, or plan your healing regimen.

Good luck to those of you still carrying the monkey–I feel fer ya.  But understand that even if you don’t overdose, you’ll die a slow death from the inside-out…unless you make a decision, now, to kill your appetite for destruction, and start living instead.