Parents Are Responsible for Child’s Weight 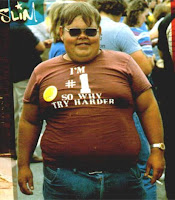 This post is about weight loss.  It’s about basic physiology, and personal responsibility (ooh, dirty words).  I recently tweeted a bunch on a subject I wrote about three years ago.  The number of responses I received was incredible.  The subject was on giving the cholesterol lowering medication, statins, to children.  In 2008, the American Academy of Pediatrics, recommended screening children as young as two-years-old for high cholesterol.  If a child is found to have high cholesterol, the Academy recommended putting him or her on statins to prevent future cardiovascular disease.  My response today is the same as it was three years ago–it’s a freakin’ crime!

I know too much about physiology and human health to accept this as a treatment option for children, let alone the first line of defense.  Statins have side-effects, and they are also based on a faulty premise–that low density lipoproteins (LDLs) are the most important factors in cardiovascular health.  While definite contributors, LDLs are simply not as important as high density lipoproteins (HDLs) when it comes to cardiovascular risk.  To consider giving drugs that most people take for a lifetime to children as a preventative is purely irresponsible.

But, really, the criticisms I encountered weren’t about points I made on statin use in children.  They were mostly directed at a particular line, an idea,

Now many people said, “Bravo! Thank you for telling it like it is.”  Many others, however, felt it was callous, off-base and out-of-sync with the real causes of obesity.  Some tweeters informed me that my understanding of basic physiology was prehistoric, and that my solution to the obesity problem (I didn’t know I had actually given one) was short-sighted and erroneous.  So in the next few posts I will attempt to clarify my thoughts on weight loss/weight gain, the obesity epidemic and parental responsibility as it relates to the weight–and health–of a child. 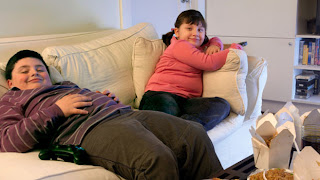 I am actually going to start with my thoughts on parental responsibility.  I contend that if you as a parent are not responsible for your child and his or her health, then who is?  This question is only obvious to those parents who share this philosophy, and won’t be to those believing (either consciously or subconsciously) that health is the responsibility, and byproduct, of something outside themselves.

Every parent will say that they take full responsibility for their child, but far too many act otherwise.  What you do your children will do, period.  They eat what you eat, they think like you think, and they care for themselves in the same way you care for yourself.  How is your child’s weight, then, independent of you?  Oh, you didn’t shove the cookies down his or her throat…but did you buy them?  Maybe you thought it was harmless to feed your child cookies as a baby…I hope you know better now (Plenty of tweeter critics claimed to not feed their children junk food…listen, your obese child is eating junk food–WAKE UP!)

Parents of heavy children have lots of support for their innocence.  The concept that “your illness is not your fault” is preached by many doctors, psychologists, talk show hosts, media celebrities and support groups; and while it’s true that illness is not a fault, it certainly isn’t true that we have no hand in how our health plays out.  More importantly, though, everyone has the potential to achieve and maintain great health, no matter what the current circumstances.

When health issues arise, the most important thing to do is determine where changes need to be made.  Whether talking about major lifestyle modifications–like quitting smoking, or changing food habits, or exercising–or simply getting checked by a professional, change is an absolute necessity in correcting any health problem.  How soon you make that decision can mean the difference between life and death.  Symptoms are your body’s way of telling you something needs attention.  Ignoring them is the worst possible approach you can take toward your health. 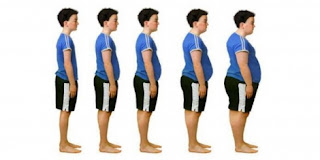 Obesity, as a morphological symptom, is a major change–and it just doesn’t happen overnight.  Once parents see it unfolding, they have a responsibility to act (neither children nor teens can make this decision on their own) and create change.  For parents of chubby or obese children, this also means how you decide to change.  A child isn’t going to change independently from his or her parents.  Are you going to change your diet to a more healthful one?  Are you going to eat less, and decrease your intake of junk foods, fast foods and sodas?  Are you going to work out, play sports with your kids or take fitness classes together?  Your child isn’t going to change without you–you’ve got to change as well.  And simply dishing them off to Little League will not do either, as building their confidence before they compete in groups will be paramount to their psychological health and well-being.  The bottom line is that parents must get actively involved in the obese child’s life, if they are to stand a chance of losing weight. 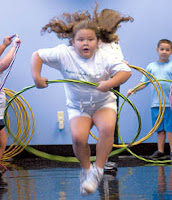 For new parents, it simply begins with creating good habits from the very start–the foods you expose your children to, the activities you share, how much television you watch, and so on.  You control the environment, and your choices contribute to your children’s bodies, and their health.

Obesity is reversible, that’s a fact.  How you see things, and how you approach the world determines your chances of overcoming (or your child overcoming) obesity.  Too many people lose weight for it to simply be a ‘hopeless situation’.  Blaming obesity on genetics, hormones, depression, lack of health insurance or anything else will not change the fact that everybody is capable of being either obese or anorexic, as well as everything else in-between; it just comes down to one’s habits in determining where one will weigh-in on the scale.  You have the power to change anything with regard to your health, or that of your child’s.  Understanding this, and fully embracing it, is the only way to create lasting changes.  Denying it will only get you the same, which is definitely your prerogative, but don’t act as if you have no hand in the matter.