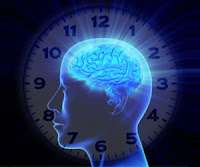 More evidence that disrupted body rhythms affect health…negatively. I wrote a piece recently for the Champion’s Club Community on rhythmic sleeping. The premise: we do much better when we follow our natural rhythms, whether talking about dietary habits or sleep patterns. And by observing our rhythms, we’ll be less likely to throw our physiological fluctuations off.

Case in point: Researchers from Imperial College London found a connection between disruptions in the biological clock and type 2 diabetes. They found that people who have rare genetic mutations in the receptor for melatonin have a greatly increased risk for adult-onset diabetes.

Melatonin (N-acetyl-5-methoxytryptamine) is a hormone present in numerous living organisms from animals, to plants, to microbes. In animals, circulating levels have an effect on many processes related to the biological clock (our daily sleep-wake cycles), among many other processes including cancer suppression.

Melatonin works primarily through activation of melatonin receptors (MT1 and MT2). Along with the sleep-wake cycle, melatonin influences insulin release getting the body ready for sugar metabolism following a meal. Mutations in the MT2 receptor (four rare ones to be exact) is associated with a six times increased risk of developing type 2 diabetes, which is a disorder of decreased insulin receptors causing insulin resistance and relative deficiency. The researchers report that the mutations of MT2 receptors disrupt the connection between the body clock and insulin release, resulting in abnormal control of blood sugar.

The investigators looked at over 7,000 people to evaluate the MT2 gene. They identified 40 variants associated with type 2 diabetes, four of which are very rare and make the receptor incapable of responding to melatonin. The effect of these four variants was then confirmed in an additional group of nearly 12,000 people. While the study found a link between the mutations and diabetes–no direct causal relationship was concluded.

So I go back to the main point of my thoughts on body rhythms–it’s best to maintain our rhythms for the most part. What I mean is that if you generally eat three meals a day, you’d be wise to not fluctuate from that rhythm, and eat at pretty much the same time every day. And the same is true for our sleep cycles: it’s best to develop and maintain a rhythm, so that you don’t disrupt your own metabolism by interfering with your natural body clock. Erratic sleep patterns are the quickest way to a sleep disorder, which will diminish health.

This current study is just further support of what I believe to be a universal principle of rhythm. Live within universal laws and you will feel–and demonstrate–the most vitality. Along with practicing the other six keys to optimal health, observing natural rhythms will help you avoid the extreme fluctuations that can lead to dis-ease.  Oscillate wisely.

One Response to Disrupted Rhythms Linked to Diabetes