Antibiotics Do Nothing for Sinus Infection 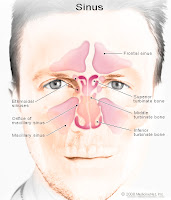 Further support for what I’ve been saying on this blog for years (and which has been obvious for decades)–a significant percentage of antibiotics prescriptions is unnecessary. According to a recent study, doling out antibiotics for sinus infections improved neither symptoms nor recovery time. And although patients may now have come to expect antibiotics to treat their inflamed, runny noses, doing so is actually leading to a rise in antibiotic-resistant strains of bacteria, a very dangerous scenario indeed.

The research conducted at Washington University in St. Louis, Missouri included 166 adults with moderate, severe or very severe symptoms such as sinuses and nasal discharge that lasted between 7-28 days. Some were given amoxicillin, others placebo, and the results showed that the antibiotics ”did not result in a significant difference in symptoms compared to patients who received placebo.”

Said lead researcher Jay Piccirillo: ”Patients don’t get better faster or have fewer symptoms when they get antibiotics. Our results show that antibiotics aren’t necessary for a basic sinus infection–most people get better on their own.” 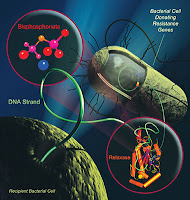 I have to keep saying it because I am blown away by the number of people still running to their doctor for the cold they just can’t shake. A full 20% of all antibiotics prescriptions are for sinus infections (inflammation and thick yellow or green mucus discharge)–the common approach taken by the very large majority of today’s western medical doctors. With 37 million Americans diagnosed with sinusitis each year, well…that’s a heck of a lot of antibiotics. And how many people actually finish their dose? Well, I don’t know the answer to that, but let’s just say more than a few people mention to me that they “had some antibiotics lying around.” WTF?!

The authors of this latest study have it right, so I’ll just finish with their words:

“We feel antibiotics are overused in the primary-care setting. There is a movement afoot, led by the Centers for Disease Control and Prevention, to try to improve the judicious use of antibiotics. We hope this study provides scientific evidence that doctors can use with patients to explain that an antibiotic is not likely to help an acute sinus infection.”

One Response to Antibiotics Do Nothing for Sinus Infection