Antibiotics Do Nothing for Sinus Infection Firecracker Face: The Exploding Electronic Cigarette 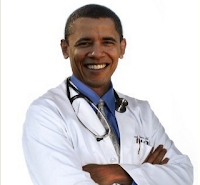 It’s no secret that I think Obamacare is a bunch of horseshot, and for one simple reason: You don’t ‘fix’ the American medical system by forcing everybody to buy insurance—that is the most overly-simplistic, erroneous notion of the last two centuries. Frankly, nothing is broken with the current system. It is what it is…and at that, it’s the best in the world. Political leaders, namely one POTUS, are trying to pass off precisely this notion to a public that rarely thinks of such matters. But please let me explain and illustrate why Obamacare will do nothing for the American medical system other than weaken it.

The first erroneous idea is that medical costs can be significantly curbed. No doubt, the feds can decrease costs by lowering reimbursements to doctors and hospitals (they do it all the time through Medicare). They can also reel-in fraudulent claims that lead to billions of wasted taxpayer dollars every year. But the idea that health care costs can be reduced significantly by preventing the uninsured from using emergency rooms as their primary care misses one major fact: As technology improves, costs go up because everybody—from doctors to patients—wants to take advantage of the newest breakthroughs in health care diagnostics and therapies. And I’ve got news for you—be prepared for more cutting-edge research and technology in medicine over the coming decades, because the only way advances in medical science are NOT going to flourish is if the feds try to curb health care costs. 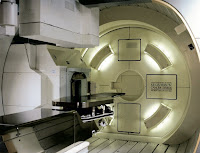 Case in point: A recent study showed that men will opt for the newest, and more costly, treatment for prostate cancer, despite there being scant evidence to its superiority over other treatments. Researchers analyzed the treatment choices over 20,000 men living inside or outside the regional market for Loma Linda University, a hospital in Southern California with a proton beam facility. All men were diagnosed with low- to intermediate-risk prostate cancer between 2003 and 2006.

They found that patients living near a proton beam facility (only nine in operation in U.S., with eight more in development, according to the National Association for Proton Therapy) were more than five times more likely to receive proton beam therapy than those living outside of the hospital’s referral region. This despite there being no evidence showing proton therapy having better outcomes than other forms of prostate cancer treatment, including other forms of radiation, surgery or hormone therapy. 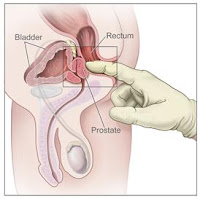 Proton therapy uses a beam of protons to irradiate diseased tissue. The chief advantage is its ability to more precisely localize the radiation dose, thus better targeting of tumor tissue while leaving healthy surrounding tissue intact. The treatment is marketed as having lower impotence and incontinence rates than other radiation treatment options, but, again, there’s a lack of evidence to support this, according to Dr. David Aaronson, a urologist at Kaiser Permanente Medical Group in Oakland, California, and lead author of the study.

Prostate cancer is the most common cancer in men, with more than 240,000 diagnosed cases in the U.S. in 2011. Nine out of 10 of those cases were localized prostate cancer, meaning the cancer hasn’t spread outside the prostate gland. Nearly all men diagnosed with localized tumors survive at least five years after diagnosis.

What this study really illustrates is that people will gravitate toward the newest and more advanced therapy when available; and to no small part on the advice of doctors, who will also tend to favor the cutting-edge when making recommendations.

But new technology doesn’t come cheap–estimates have proton beam therapy costing twice as much as intensity-modulated radiation therapy, another form of external radiation therapy and about five times more than radioactive seed implants (aka prostate brachytherapy). And according to some in the biz, institutions with proton beam facilities–which have been shown to be more effective in treating tumors of the brain, eye and spine (rare cancers)–often look to pad their numbers by treating prostate cancer (one of most common in men). 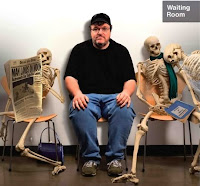 And this, dear reader, is the reality of medical care in the western world. What humors me, though, is the second erroneous notion: that universal health care will fix the current ‘crisis.’ As I have said before, there is no crisis, nothing to be fixed, at least not with regard to how the system currently runs.

We have the greatest medical system in the world here in America, at the forefront of modern technology, and we get to enjoy a pretty decent success rate for the treatment of most modern illnesses. What is a fantasy is that somehow it shouldn’t cost money–yeah right. The only way that will change will be to stifle innovation, so that all Americans can get the same shoddy care as they do in Canada (don’t even get me started, Canadians–I’ve personally treated too many Canucks who’ve come to the U.S. to receive the care they just couldn’t for months in their own country).

Obamacare ain’t gonna fix nutin’ except one man’s legacy. And the politicos spreading the myth that every man, woman and child needs to purchase health insurance to lower health care costs is the biggest laugh of the new millennium. The only aspects of health care ‘in need’ of fixing are the public perceptions–and practices–of health and wellness, and especially the regulation of the insurance industry. But that is another story altogether.