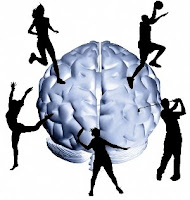 Some people are driven by their bodies, and others by their mind. Despite the age-old argument of whether the two entities are separate and distinct, we know one thing for sure–working out the body does wonders for mental health. Take that, Descartes!

A recent study out of Duke University showed that regular moderate exercise and healthy diet together can improve scores on cognition tests. The four-month study conducted by Duke’s nueropsychology department looked at 124 fifty-two year old men and women with high blood pressure (HBP) who were a minimum of 15 pounds overweight, on average. The study was originally designed to look at diet, exercise, and HBP; but the researchers decided to throw in cognitive function as an interesting side investigation.

One third of the participants followed the DASH–Dietary Approaches to Stop Hypertension–diet, which emphasizes low-fat dairy products, fruits and vegetables, in combination with regular exercise. One third, followed the DASH diet along with a weight-management program and aerobic exercise. The final third went about on their regular dietary and exercise regimens.

The exercise conducted was moderate–30 minutes three to four times a week, “enough to put the heart up to 75 to 80 percent of its maximum rate,” as one of the researchers said. The weight-management programs were split between two strategies–one centered on reducing portion size and cutting the snacking habit, while the other focused on appetite awareness training, which provided guidelines on food quantity (how much one ate) as well as food quality (types of food). The cognitive tests focused on executive function, learning and psychomotor speed.

Researchers found that the group that exercised regularly and ate well had an overall 30 percent improvement in mental function by the end of the four-month period. They also lost an average of 19 pounds and lowered systolic blood pressure (the higher of the 120/80 reading) by 16 points and diastolic pressure by 10 points. Shazam! All by diet and exercise.

As one of the researchers concluded, “There are neurochemical changes that happen with exercise. There is increased production of brain-derived neurotrophic factor, which stimulates connection with other brain cells, but also there is some evidence that it helps grow new brain cells.” 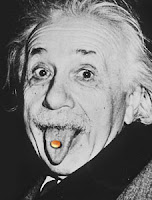 On top of that, as I point out in my book, The Six Keys to Optimal Health, regular exercise increases circulation, oxygen and nutrient transport to the brain; it reduces depression and anxiety; and it leads to increased production of phenylethylamine (PEA), which is the body’s natural opiates…so it FEELS GOOD! Oh yeah, give it to me, baby!

There you have it: Another study showing the enormous benefits of diet and exercise. Now, before you say, “Big deal, tell me something I don’t know,” understand that these finding should shed some light on the notion of mass use of nootropic drugs, otherwise known as smart drugs. When 7% of all college students and 20% of polled scientists using them to enhance memory, problem solving, attention, and mental endurance, I think it’s time to start discussing alternatives.

No drugs are free of side effects, and the notion of the world’s scientists being tweaked out on designer speed is, well….scary (think Norman Osbourne). So that’s why I post these seemingly obvious studies. Yes, we all know that diet and exercise have wide-ranging benefits. But then why isn’t everybody doing them? 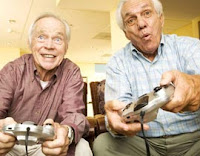