Caution: How Winning the Lottery Is Hazardous

“Dr. Campos,” the office manager said in her best business voice, “Would you like to contribute ten dollars to the office lottery pool?”

Ugh…we aren’t going to win. Greater chance of getting struck by lightning, twice! But I couldn’t stand to let my colleagues get rich without me, not for ten dollars…so I bought in.

I am relieved we did not win. It is not that I am above the fantasy…but I know something: Nobody unprepared to handle such a massive sum of money will keep it for long, or at the very least, the work it takes to manage a jackpot will stagger them. Very few people realize this fact, but many lottery winners rue the day they hit the numbers. 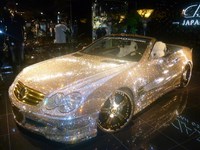 Spending sprees are the first order of business. Gotta buy the bling, and the houses, and the boa constrictors, and the stripper pole…you know, lottery-winner necessities. But ask any big-name athlete or celeb who has squandered away millions (Mike Tyson, Michael Jackson), it goes fast…like water through the fingertips if you are not careful. About 70 percent of people who suddenly receive a windfall of cash will lose it within a few years, according to the National Endowment for Financial Education.

But not just the spending, the people coming out of the woodworks with hands outstretched. Numerous lottery winners talk about friends and family who have come asking for assistance, only to get offended if the new millionaires say no or ignore their calls. On Good Friday 2004, Sharon Tirabassi and her sister, Shavaughn, walked to a variety store to buy lottery tickets.  Shavaughn also wanted a renters’ guide, but at the first store there were none, so they moved on without buying tickets. Next store, same thing, no renters’ guides. They continued walking for several blocks, entered the third store, where Shavaughn grabbed a renters’ guide. She went to the counter and bought a Super Seven ticket. Sharon followed and bought her ticket.

When Sharon won the $10 million lotto, Shavaughn believed it was because of herself; it was her wanting the renter’s guide (and purchasing two random pick tickets before Sharon) that allowed Sharon to be in the right place at the right time. Without Shavaughn, there would be no lottery winnings. For this reason, Shavaughn thought she deserved a payout. Sharon gave her $500K. Shavaughn wanted more. Today the sisters no longer speak.

“I had to endure the greed and the need that people have, trying to get you to release your money to them. That caused a lot of emotional pain. These are people who you’ve loved deep down, and they’re turning into vampires trying to suck the life out of me.” ~ Sandra Hayes, split $224 million Powerball jackpot with a dozen co-workers in 2006

Besides the challenges of managing newly acquired wealth, many lottery winners make grave mistakes which affect their psychology and support networks. Some cut contact with old friends, family and their familiar neighborhood in order to move among the rich in a fantasy paradise. New neighbors are often not friendly to the ‘nouveau riche’ and as a result lotto winners have difficulty with social integration.

But the most macabre outcome for a number lottery winners is the death that seems to follow after hitting the jackpot. Take young Craigory Burch Jr., 20-year-old forklift driver-turned-lottery winner, who won nearly half a million dollars in Georgia; he did not live long to enjoy his winnings, as he was killed in a home invasion last month, only two months after purchasing a winning ticket.

Or take the story of Abraham Shakespeare of Sebring, Florida, $30 million lottery jackpot winner, found murdered and buried under a slab of cement in the backyard of his new lady acquaintance’s home.

Or Jack Whitaker, our $315 million jackpot winner from West Virginia, whose granddaughter was found dead, wrapped in a plastic sheet, dumped behind a junked van. The cause of death listed as ‘unknown’, but likely due to her drug lifestyle which Whittaker says is a direct result of his lottery winnings. He believes the Powerball win had become a curse upon his family. ”My granddaughter is dead because of the money,” he said.

According to a 2009 study by the Paris School of Economics, sudden windfalls can in fact increase one’s risk of death.

Add 46-year-old Urooj Khan, who was found poisoned with cyanide following a $1 million jackpot win. And 47-year-old Deborah McDonald who was run over by a car near Sandusky, Ohio, after leaving a bar where she had been celebrating her win on the Ohio Lottery’s official TV show. And the bus in 2003, carrying a group of Germans, which overturned, killing 28—they were on a trip to Spain that they had won in a lottery. And the list goes on and on…

No I am grateful that neither me nor my colleagues hit the numbers last month. We are here to provide service to the world, and any windfall of big-time money is not going to get us there; it will serve the least amount of people—not the staff, not the clients, and not the community. I played the game for $10 to stay cohesive with my mates, but in the end I had to sigh a big, fat, “Phew…” Tragedy prevented by mathematical improbability. And on to play another day.