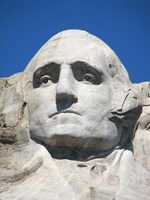 Anybody who knows me is aware of my voracious appetite for reading biographies. I especially love learning about the difficulties great people have faced, and overcome, on their journeys. Whether talking Confucius, Sir Issac Newton or Jesus Christ, I relish the fact that every life, big or small, has obstacles to surmount. Why do I appreciate a good tale of conquered summits? Because it helps me walk through my own cross-bearing; it reminds me that every challenge I face is a part of my history. What will become of my legacy as it reveals itself from the fog of the great unknown? That’s the most exciting thing about life as we live it—we just have no freakin’ idea.

When it comes to conquering the chaos of  uncertainty with poise, honor and nobility, I find no story more uplifting than General George Washington’s experience commanding the Continental Army during the American Revolution. If you do not know this story more than your faded recollections of high school history, do yourself a favor and pick up a copy of Joseph J. Ellis, His Excellency, George Washington. I read this book the year of its publication, 2004, on a whim, simply because I saw it in a bookstore and it spoke to me energetically, or called me over, so to speak.

This book could not have been more appropriately titled because excellence is the only word that truly does Washington justice. He was excellence incarnate. But more important is his story, his role in the American War of Independence, which is the perfect metaphor for what we all face at one time or another in our lives: Dire circumstances, on the verge of catastrophe, up against forces well beyond our capacity to handle, totally unprepared, ill-equipped, and without resources, yet through a sense of purpose, tenacity, grit, and some unexpected good luck, we can make it through, forging a whole new entity, nation or paradigm along the way. George Washington’s story is every person’s story who has ever tried to build, lead or change something in their lives. And like the General, if you can survive, you will probably succeed and thrive.

How did he do it? How did George Washington manage to keep afloat during such dismal and uncertain conditions? I will present to you here what I believe were Washington’s key characteristics, ones I think we can all benefit from when putting them into action during our own turmoil. The thing you must understand about what we discuss here is the general air of the time in 1775, when Washington had been appointed commander of the Continental Army. The British were the greatest Colonial power in the world, with a devastating navy. They were mega-wealthy—their colonies brought in vast sums of money, of which they used to finance their war machine. They had spent an entire century fighting (and beating) their neighbors and colonial rivals of Western Europe; they were experienced, tough and disciplined. 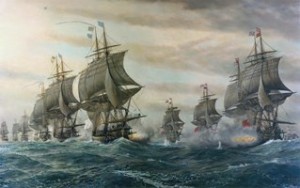 Washington’s military, on the other hand, was comprised of amateurs—”the middling  sort”—as Ellis describes them. They were at  times undisciplined, unpaid and without supplies or clothing. Congress at times meddled where it shouldn’t have, and was often powerless to help—money, supplies and food were in severe shortage. Despite some early successes, the Continental Army had suffered severe setbacks in New York and New Jersey. To say the colonies, public and  military were riding low would be an understatement. To say General George Washington was in a bleak situation, a state of darkness, in which he could not be entirely certain of how events would unfold, would still only be touching the tip of the iceberg  as to what he must have been experiencing. But it all came to a head during the winter of 1777-1778, at Valley Forge, in Pennsylvania—where the Continental Army was holed-up, riding out the severe cold. The men were wracked by starvation, disease and malnutrition.

“To see Men without Cloathes to cover their nakedness, without Blankets to lay on, without Shoes…is a mark of Patience and obedience can scarce be paralel’d.” ~ General George Washington

As Ellis describes it: “Most of the horses died from starvation or exposure, and their decaying carcasses filled the air with a stench that joined with the blood in the snow to create sensory scenes that Washington never forgot.” 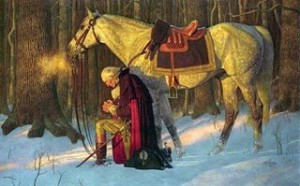 Keeping this dreadful scenario in mind, and perhaps even relating to your own personal Valley Forges, let’s now take a look at what made Washington the avatar of excellence: 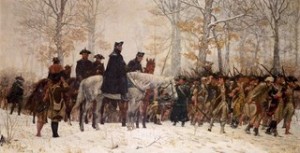 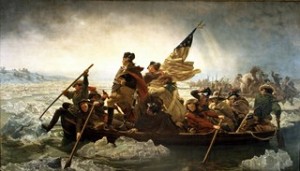 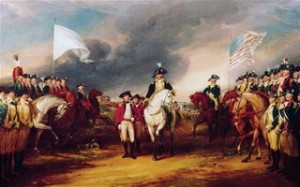 As I said, we can look to General George Washington not only as the father of America, but as an avatar on how to handle our own internal wars, and our external Valley Forges. By practicing discipline, confidence, tenacity, persistence, certainty, creativity and flexibility, we too can overcome the most dismal of circumstances, and create the change we have been working toward. Whether we are talking financial struggles, relationship struggles, challenges with children, or complete life-makeovers, just remain mindful of the traits Washington (and the entire Continental Army) exhibited during the Revolutionary War. We all must enter battles, survive wars, and carry crosses. How we come out on the other side depends directly on how we commit to walking through them. Be like the General and do it with purpose and conviction, and watch your destiny evolve in excellence.