Enigma time: stomach cancer is up in young white adults, while rates in all other adults has declined. In fact, the chances of developing this cancer among 25 to 39 year old whites has climbed by almost 70% in the past 30 years. Although the risks for developing this cancer in young adults is still very low, the racial differences has scientists baffled.

According to a recent study by the National Cancer Institute, which examined new cases of cancer in the lower stomach from 1977 to 2006, the incidence for young white adults rose from .54 per 200,000 to about 1 per 200,000. At the same time, the incidence of lower stomach cancer in young black adults actually declined by about 42%. The rates for other races also declined, but numbers were not specified.

Lower stomach cancer is thought to result from chronic infection with the bacteria, Helicobacter pylori, the same bacteria responsible for many stomach and peptic ulcers. It has also been linked with diets high in salt and salt-preserved foods (cured meats, fish, beef jerky, etc.) and low in fresh fruits and vegetables. The incidence of lower stomach cancer has historically been higher in Asia and other countries where salt-preservation of food is more common. 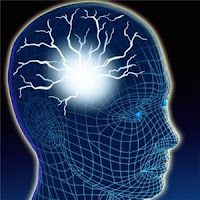 Stomach cancer rates have been declining around the world, however, due to improved food preservation methods and better hygiene. This makes the increase seen young white adults so much more perplexing. Experts believe that increased salt intake among all young adults has something to do with it, but further investigation is needed.

I think that proving a dietary connection will be difficult, as eating habits among varying races in the U.S. can’t be all that different to account for such a change. I’d like to propose a mental component to this increase in stomach cancer among young white adults. There is no denying that the mind influences the body, and it is a long neglected aspect of health in general. American culture is far too intertwined to account for a non-genetic behavior difference as what we are seeing here. I do believe, though, that psychological patterns can be developed among groups or cohorts. It is an area that we would be wise to investigate in health care–an unexplored frontier, if you will; one I am certain will be the next gateway to understanding.