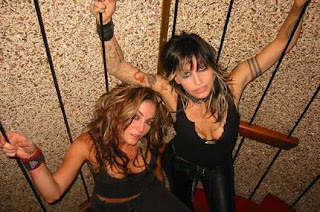 Everybody knows about PMS, but do women change their behavior during ovulation?  Current research says they do, sexually…and these changes may have evolutionary significance in spreading our genes.Two new studies in the November issue of the journal Evolution and Human Behavior find that women get a little wilder during their most fertile days of the month.  One study found that ovulating women are more open to the idea of hooking up with a stranger or acquaintance, while the other study found that women with less masculine-looking partners are more likely to lust after men with “masculine” traits–like strong, square jaws–than women with partners already possessing those traits. In the past, most research on the menstrual cycle focused on premenstrual syndrome (PMS), but these new studies are two of more than twenty focusing on behavioral changes brought about by ovulation.

Researchers in evolutionary biology have taken it for granted that ovulation is of slight significance since humans have deviated from the typical estrus cycle (heat) of mammals, and can be up for sex anytime of the month. This, however, is just a theory, and a wrong one at that.  For instance, men can tell when a woman is ovulating, although they do so imperfectly.  Some experts believe it’s through smell–of pheromones, excreted chemicals that triggers a social response in members of the same species–but this is just a hypothesis.  Several studies, however, have found that women report that their men become more attentive and jealous around fertile days. One study, in fact, found that when women were fertile, their male partners saw other men as a greater threat. Further, women do have a sort-of “heat” phase, yet instead of simply being more receptive to sex, they want it for different reasons.  Consider this phase a lust-cycle, where women want sex for sex’s sake and not for intimacy, which might be more the reason outside of the cycle. 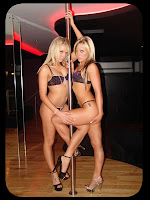