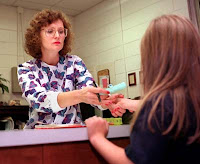 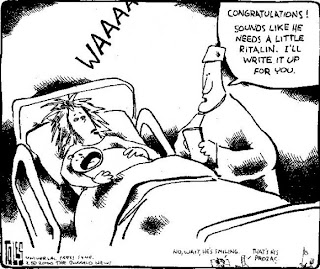 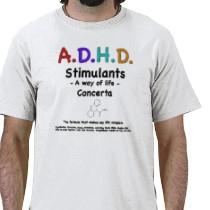 Got an interesting call this evening from a fifteen-year-old boy who asked, “Why is taking ADD drugs bad?”

I asked why he wanted to know this, and if he was on one of these drugs.  He said he was, and his parents wanted him to wean off.  Hmmm….

Tucking my chest back in, I informed him that I am not a medical doctor, I am a chiropractor, so I can’t give him medical advice; but I certainly know enough about various drugs, ADHD meds included, to give him some general, if not pertinent information.

So I asked him which drug he was on, and why his parents wanted him off it.  He said he was taking Concerta (a lighter version of Ritalin).  His parents were concerned because it made him tired all the time and non-functional when he wasn’t on it.  Basically, he said he was sleeping more than usual when not on the drug.

I asked him what it was like when he was actually on the drug, and he said it made him lose his appetite and his stomach hurt.  I told him what he was describing was very much like what people who take methamphetamine experience.  In fact, I said, ADD and ADHD drugs are essentially speed; his parents and he were observing the side effects that come along with a speed trip.  The sleeping all the time is called “the crash,” and his loss of appetite (upset stomach) was his body’s reaction to taking a speed-like drug.

I told him that the rationale behind giving speed to a child labeled ADHD was to help the child focus, and indeed, one of the effects of any stimulant–meth and coke included–is a heightened concentration when taken at low to moderate levels.  The problem, I explained, is that these effects are relatively short-lived, and ultimately, tolerance and withdrawals set in.

Further, I told him, the body has to neutralize the drug, which it does through the liver; and it also needs to filter out and remove the drug from the body, which is carried out by the kidneys.  So when taken over a long period or in high quantities, any drug (even those prescribed by a doctor) can cause stress internally, leading to illness and disease.

This is why his parents were concerned, I explained.  But more importantly, why was he still on the drug if his parents didn’t want him to be?  Where was his doctor in all of this?  He said that he just saw his doctor today, and the doctor wanted to give him his Med Card. 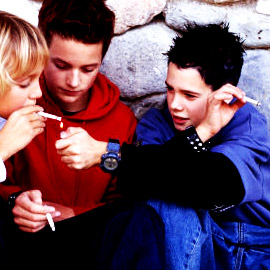 “Your doctor wants you to have that…why?”

“Because I have high blood pressure.”

“Where did you find this doctor?  And do your parents know about this?”

“I just moved here and I went into this place, and there was a medical doctor there.”

“OK, listen; you need to go see a real doctor, not just one that’s out to make money.  I know that no responsible doctor is going to give a fifteen-year-old kid a prescription for medical marijuana.  You need to go to a real doctor, with your parents in tow, tell him/her about your high blood pressure, your Concerta meds, your parents concerns, and go from there.”  I also let him know that I was not telling him to get off the doctor prescribed speed; that wasn’t my place.  But, I said, your parents know what’s best for you, so listen to them.  OK kid, I’ve got a patient waiting…call me anytime.

“You should be a real doctor,” he said.

Thanks kid, I’ll think about it.