The Only Real Anti-Aging Tanning Hysteria 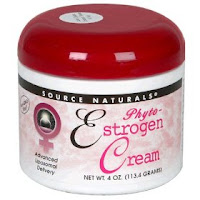 Did I say in the last post that anti-aging creams don’t work? I’m sure that should piss off a lot of cosmetics pushers and anti-aging enthusiasts. But, well…it’s true.

According to a recent study conducted at the University of Michigan, estrogen creams do not reduce wrinkles, especially those caused by the sun. So throw out those estrogen-laced sunscreen ladies–they’re bunk! Oh wait, wait…don’t throw them out yet…appears that there is some use for them. The same study found that the estrogen creams did increase collagen production…in skin not exposed to the sun. Whoa. How’s that?

The study looked at 70 men and women aged 75 on average (some were in their early 50s). They applied estradiol, the major form of estrogen, on their hips, faces and forearms three times every other day for two weeks. Because the hips were for the most part covered from the sun, the estrogen-treated skin started producing more collagen. But no changes in the appearance of wrinkles were noted on the faces or forearms of the subjects.

So bad news for anti-wrinkling, but not so bad for collagen production. Collagen is the main protein in connective tissue and the most abundant in the body. It is responsible for skin strength and elasticity, and when it breaks down it can lead to wrinkling. When skin is damaged by the sun it stops producing collagen, which leads to dry wrinkled skin. 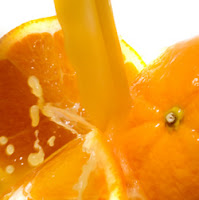 My advice: forget the estrogen-laced creams, stay protected from too much sun with sunscreen (talking from sunbathing here, not just being outside), and load up on the vitamin C (I recommend 1,000 mg a day minimum). Vitamin C is necessary for the synthesis of collagen, and quite frankly, many people are probably deficient in it. No, no, no…not RDA deficient (they recommend 75-90 mg/day to prevent illness), but optimal health deficient. And preventing wrinkling is just another reason to start supplementing. Don’t buy it? What have you got to lose? Vitamin C is affordable and it can’t harm you (it’s water soluble so you’ll just pee it out fluorescent green). There you have it–anti-aging made simple.