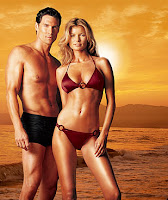 Warning: No tan is safe! That’s the latest out of London, the capital of alabaster hues, where scientists have concluded that tanning and cancer share the same biological mechanisms. So cover up beach bunnies and slather on the sunscreen, because the sun has now become public enemy number one.

According to a paper published in the current issue of Pigment Cell & Melanoma Research, both tans and skin cancer begin with DNA damage caused by exposure to ultraviolet light. In tanning the mutations to the genetic material cause darkening of melanin, the skin’s pigment responsible for protecting against further DNA damage by absorbing ultraviolet (UV) radiation.

There are two forms of ultraviolet radiation, UVB and UVA. UVB induces increased melanin production through direct and indirect DNA damage. This mechanism produces vitamin D in the skin, but it is also responsible for sunburn when the skin is overexposed and can cause skin aging (see last post). UVB can also cause cancer but not melanoma.

UVA, on the other hand, causes release of preexisting melanin from melanocytes (the cells that produce melanin), which actually produces the tanned look. It causes less cancer than UVB but is the generator of the deadly form of skin cancer, melanoma.

Both forms of UV radiation can be blocked by a broad-spectrum sunscreen; however, most sunscreens on the market protect mostly against UVB. The SPF (Sun Protection Factor) number on a sunscreen product shows its rated effectiveness. Products with a higher SPF number are those designed to provide more defense for the skin against the effects of solar radiation. 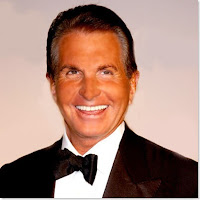 The only thing I can say about all this is that…it’s true–smart sunning is a must. Sun-worshiping, like the kind done in the past (a la George Hamilton), is simply unwise. However, we know how important sunlight is to all life, so to say that “no tan is safe” is a bit alarmist in my opinion. Skin cancer diagnoses are way up, but how many of those are due to better diagnostics? In my observation, dermatologists are having a field day with some people, frying off every freckle on their bodies. I’ve encountered it with some of my clients, and frankly, I find it unethical. They’re selling it as a prophylactic skin cancer treatment. BS, I say. But if enough people are scared shirtless, they’ll do it.

“Oh, yeah,” they’ll say, “I used to tan a lot in the 70s.” And so as a result they’ve got to look like they’ve taken a shot of sulfuric acid to the face. I don’t buy it. There are plenty of people who do their work out in the sun every day, and they aren’t getting their freckles zapped to kingdom come. Bad insurance, I guess.

So sun smartly, but don’t get too paranoid and shut out the sun entirely. You’ll cause more health harm than good that way. We can go way overboard with the health precautions if we allow ourselves to.