Sudden Death Cancer Tough to Cure…But There May Be Hope 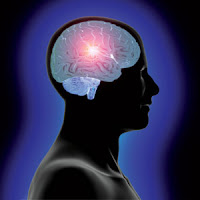 How’s this for plugging physical fitness: Research shows that exercise may reverse the damage done to the brain of cancer patients from radiation, particularly in kids. That’s the latest out of the Institute for Neuroscience and Physiology at the University of Gothenburg in Sweden. How’s that? Exercise for the brain!?!? Duh, yeah! According to the research, exercise causes new stem cells to develop, which in turn can form new neurons, the brain’s cellular workhorses. 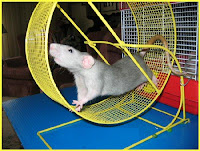 Here’s how they found out. The researchers irradiated the brains of baby mice; the dose was comparable to doses given to cancer patients with brain tumors. They then let half the mice exercise on running wheels, while the other half simply hung out in cages. After a few months, all the mice were killed and their brains examined. What they found was that the mice which were allowed to run “had more precursor cells and more new neurons, and these neurons took up their places better in the brains than mice simply kept in cages.” The exercising mice had a 275% increase in the number of newborn cells that developed into neurons.

The conclusions of the study are that pediatric cancer patients can benefit from exercise. Ah, yes. And the brain damage seen to their undeveloped brains can be reversed. Yes, yes! And that physical rehabilitation should be an integral part of post-cancer radiation treatment. Bravo! 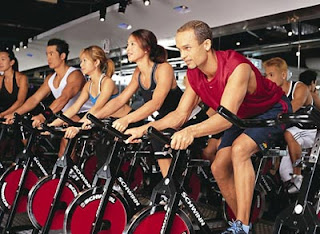 But let’s take it a step further. Physical rehabilitation should be on every post-treatment protocol, whether chemical, radiation, or surgical. Think about it: The human body was meant to move. Physical activity has neurological implications. The nervous system controls and coordinates every function of the body. It’s the master control of the system (have you read my book yet?), and it’s the structure we know the least about. But we’re learning–and studies like this extend our knowledge into this vast and fascinating territory. What might be more important is what we learn about development and regeneration in general. Not only reptiles have that ability.

Remember: The human body is an amazing self-healing, self-regulating organism. It can repair itself, and it can regenerate. We have the power to heal ourselves if we do the right things. A few of those things are regular movement, physical challenge and balance training–all of which help our bodies create new nerve pathways that allow us to adapt to our environment. So if you are not moving your body regularly, better get started–your life depends on it.