Cancer Tough to Cure…But There May Be Hope 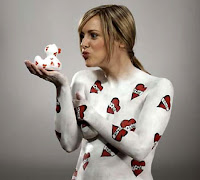 Cancer may be tougher to cure than once thought. Because it is the product of many gene mutations and not just one, cancer is especially hard to located and treat. That’s the latest, anyway, out of Johns Hopkins University.

According to researchers, genes in tumors work in networks, not as single genes as once believed. The scientist studied every gene in two of the hardest to treat cancers, pancreatic and glioblastoma multiforme, a type of brain cancer. They found that pancreatic cancer has an average of 63 mutated genes that code for uncontrolled cell growth, while glioblastoma multiforme averages 60 mutations. And to make matters worse they vary among people. According to one of the researchers, Dr. Bert Vogelstein, “If you have 100 patients, you have 100 different diseases.” 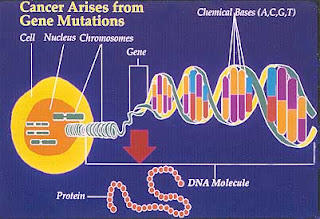 Sounds daunting, I know; but the good news is that they found just 12 pathways on average that caused uncontrolled growth and spread. The researchers point out that treatments should be aimed at interacting in the pathway itself, and not against a singular gene, like the current cancer drug Gleevec does.

These findings are not surprising to me and it illustrates the complexity of genetic interactions. The one gene, one illness notion is simplistic and unlikely. It happens to work that way for chronic myeloid leukemia (CML)–which Gleevec was designed for–but that’s probably more the exception than the rule. The researchers point out that single gene target drugs will most likely be ineffective against most solid tumors.

I also think that finding one gene for other characteristics is unlikely too. Don’t get me wrong, geneticists think they are finding genes that act in a solitary fashion in coding for traits or processes, but I’m certain that the work done in this study is a taste of how it works as a whole–the pathways or networks are what is important.

I think that finding drugs to disrupt these pathways and cure cancer will a be very difficult task, indeed. We may not see it in our lifetime. And it really makes me think of the bigger picture. We are all developing genetic mutations and damage at all times. Our body has a way of fixing these problems. And when the damage cannot be fixed, cells have a built-in protective process called apoptosis, or programmed cell death. This evolutionary insurance plan is designed specifically to halt uncontrolled cellular growth, which is non-conducive to life. If we all have the propensity toward genetic mutation, and we all have repair mechanisms, then why does this process go haywire in some people and not others? Remember these are pathways, not single genes, so we aren’t just born one way or the other–we all have the capacity to develop cancer, every one of us. 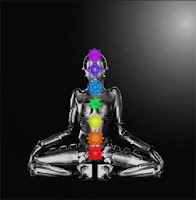 I don’t really have an answer that would suffice here, but I do think that the future with regard to cancer will be about prevention; and much of this will come from mind-body discoveries. It’s the only thing that makes sense to me. There is a mental/emotional component that we are missing in all of this, and we’re missing it because we are so attached to materialistic explanations for everything. I think there is more, and I think it will come out sooner or later. Let’s leave it at that for now.