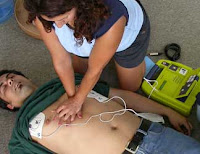 A newly observed phenomenon is being reported which shows that some young men are dying suddenly following police arrest, and scientist believe that it may involve a mechanism similar to one to one that kills some animals in the wild. Man as wild animal expiring under extreme stress? You bet. Read on.

According to Dr. Manuel Martinez Selles of Madrid’s Hospital Gregorio Maranon, surges in blood levels of hormones–specifically catecholamines–may cause cardiac arrest. Interesting. Many wild animals also die suddenly when captured. Call it an evolutionary expiration mechanism if you will. But why?

The study looked at 60 cases of people who had died suddenly and unexpectedly after being arrested. Twenty had died at the point of arrest, while the rest died within 24 hours. All but one of the cases was male, their average age being 33. Only sudden deaths with no clear causes were included and autopsy reports were checked to exclude the possibility of mistreatment or past serious medical conditions. Twelve of the victims were drug users but Selles said this was not thought to have contributed to their deaths. 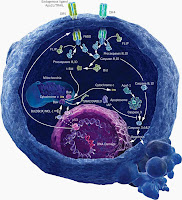 I find this story so interesting, because it illustrates the incredible innate intelligence of human body. Organism under severe stress, captured and compromised, expires suddenly. Cells do it, wild animals do it, and now we know that man also does it. Simply fascinating. This type of organismic suicide has most likely evolved to preserve the whole, that is other cells or other animals of the group. In cells, programmed cell death occurs to stop infection from spreading to other cells, and clearly this has passed on to more complex organisms.

What really gets my intellectual juices flowing is the notion that this phenomenon is just now being observed. I asked why. Why now? What is going on in society, with people, that this mechanism is turning on. Why haven’t we seen more of it before? Surely people have experienced extreme stress before today. Was it just that we weren’t paying attention? Was it that we only now have the tools, the diagnostics, the autopsy techniques to study this phenomena? Any thoughts?