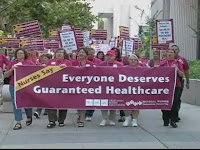 Well, you know what they say, “As Hawaii goes, so does the nation.” OK, nobody really says that. And good thing, too; because judging by what’s just happened in Hawaii with their universal child care program, following suit could be disastrous for American health care.

According to recent reports, Hawaii is dropping the only state universal child health care system in the country just seven months after it launched. You don’t say…I wonder why. Apparently the program was set up for families who couldn’t afford their own private health insurance; however, many families began dropping their private health insurance to get the freebie. No kidding. Wow, why would they do that? Essentially, the program became unaffordable. Duh.

In another unrelated report, government officials have declared spending on the Medicaid health program for the poor as “unsustainable.” Medicaid benefits will increase by 7.9% per year over the next decade, costing $674 billion by 2017. Woowee! That’s a lot of dough. The program is inflating at a higher rate than the Medicare program for the elderly and disabled. Health and Human Services Secretary Mike Leavitt said in a statement, “This report should serve as an urgent reminder that the current path of Medicaid spending is unsustainable for both federal and state governments.”

Yeah. Well, I can’t see a proposed national universal health care plan being any different. For a country as large and addicted to medical care as the good ol’ U.S. of A, the price tag for such a program will be astronomical. Good campaign slogan, poor idea overall. Listen, I’ve got nothing against helping people who can’t afford this and that, but the problem in health care isn’t that people have no access to it–people have access, it’s called Medicaid (50 million cardholders and counting)–it’s that people in this country have become overly reliant on medical care. 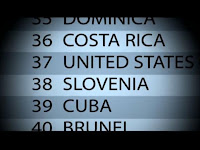 This concept is a major premise of my book, The Six Keys to Optimal Health. People have simply neglected their health for years. We are one of the most unhealthy industrialuzed countries on the planet. Why? Because people don’t have access to medical care? BS! Walk into any big city ER on a Saturday night. I did it three weeks ago when my daughter was being born, it was packed–packed!–with low income citizens. Go ahead, walk into Cedar Sinai in Beverly Hills on a Saturday night; you’ll see the truth. People have access to care. The bottom line is that the average American takes very little care of their health. THAT’S WHY WE ARE HAVING A HEALTH CARE CRISIS! Not because we don’t have universal health care. It doesn’t matter if we do get this type of system; until people make a conscious effort to change their lifestyles into one of movement, wholesome eating, regular bodywork, proper sleep, mental balnce and conditioning, and toxin avoidance, HEALTH CARE COST WILL CONTINUE TO SOAR!

The only thing we are going to get with a universal health care system is more cost for the taxpayer, to pay for the health care of the people down the street who continue to neglect their health. Mark my words.