Bravo! Nearly forty percent of all adults in the U.S. are turning to alternative medicine–like chiropractic, acupuncture, nutrition, and massage, among others–for chronic pain and other health issues. Much to the chagrin of “conventional” medicine, not only are adults seeing the value in alternative forms of treatment, but American children are too.

The most common reason people seek out alternative health care is for back pain. Neck and joint pain, as well as arthritis are the next most likely conditions that drive people into chiropractic and other natural health practices around the country. According to a survey conducted by the National Institutes of Health (NIH) and the U.S. Centers for Disease Control (CDC), the numbers of adults using complementary and alternative medicine for any condition is up 2% (about six million people) from 2002, the last time the numbers were collected.

I don’t know about you guys, but I think that’s huge. Americans are getting it, after all. They are getting that there is more to health than just the same old medicine and surgery offered by conventional medicos. Not knocking that very important part of our health care arsenal at all. But there’s more, much more. And Americans have discovered it, and they are using it to better their health. 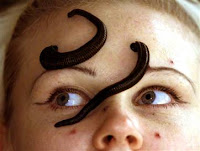 What amuses me is that there are still so many in the medical profession that are aghast by these findings. Wake the eff up, cavemen! There is way, way more to health and healing than what mainstream western medicine has to offer. Be open and learn about what’s out there. Chiropractic has been around in some form for thousands of years, and in the form we know today for over one hundred years. Acupuncture for probably longer. Medicine as we know it today has only been around for about the same length of time as chiropractic has. Earlier than that, it was just as much voodoo as chiropractic has been accused of over the years–leeches and all.

So once again America, I say bravo! Keep it up. We’ll all be the better off for it.