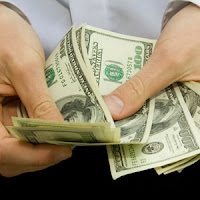 I wrote in my last blog post that insurance companies have a vested interest in universal health care. This might be a surprise to some, since it might not be obvious how private insurers will profit from health care reform. A Los Angeles Times piece hot off the press explains just how–through mandated individual coverage.

“Individual mandate” is the provision private insurers are hoping for; without it, they might as well pack it in, because reforms are sure to destroy the industry. Why else would insurance companies back a plan to restructure the health care system that they’ve fought to block for sixty years plus? The individual mandate would require everyone to buy medical insurance, which insurers hope will be sweetened by taxpayer-funded subsidies for customers who can’t afford it, and enforced with fines.

If the individual mandate provision goes through, then insurers stand to gain millions of customers over night; and it will probably save the sinking ship as the insurance industry has been hurting for some time now. Since 2000, business has waned for private insurers as rising premiums pushed scores of people out of the market. The current recession has only heightened the problem. As baby boomers age, things will get worse: 79 million boomers will turn 65 in 2011 and move away from private insurance coverage to Medicare. And an estimated 170 million people will be making that shift over the next two decades. So, basically, health insurers need this mandate.

The scenario which the private health sector can least afford would be the one where the single-payer plan is adopted. In this scheme the government pays all bills, rendering private insurance obsolete. Clearly, for the health insurance industry, this can’t happen.

So that’s why you are now hearing insurance companies getting into the universal health care act. Playing their cards right can lead to huge profits; but playing the wrong hand can lead to a bust. Just pointing it all out so you understand the economics and politics behind this movement. I’m not against it, as long as the powers that be (or as it will probably turn out, the new powers that be) don’t start messing around with fee schedules. If it prevents waste and crookery and medical mistakes without making hard-working health professionals go belly under, then wonderful; erect the statues today. But I can’t see how all this is going to be funded without taxing the lot of us (bye-bye, small businesses), or slapping health care with mandated lower reimbursements. If it is the latter, expect the quality of health care to suffer big time.

One Response to Insurance Companies Push for Universal Health