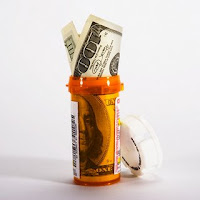 What our federal government wants to do is reform the health care system–that is, make sure medical care is available to everybody. Universal health care, the belief goes, will lower costs and make people healthier (I’m guessing, because I don’t really get the ultimate goal of all this reform stuff).

Healthier? Really. And lower costs? Hmm. A recent report from the sham organization, Families USA, has suggested that uninsured people increase health cost for everybody. They claim that as medical bills go unpaid, the costs are shifted to the insured through higher premiums. Unfortunately, but not surprisingly, Families USA provides no rational argument–no facts, whatsoever. I’ve read their sorry report, and it’s obvious to me that it is just fodder for the politicos trying to push the health reform agenda. Most people, especially those that favor reform without question, won’t bother to read the report; and many more won’t understand it. In fact many doctors won’t understand it because they don’t do the billing in their office. But every billing manager in health care will know my words ring true. Listen.

Families USA claims that doctors and hospitals charge more for their services when uninsured patients don’t pay their bills; they claim that providers primarily pass these increases on to insurance companies. Nonsense! That’s illegal. All medical procedures have reasonable and customary (R & C) rates that are determined by discipline (medical doctor, chiropractor, physical therapist, etc.), procedure (examination, office visit, debridement, x-ray, etc.), and zip code (Beverly Hills, Bakersfield, Omaha, etc.). Charging more than this R & C rate 1) won’t get paid by the insurer and 2) is illegal. A provider also can’t raise the bill to insurers by upcoding either–that is, charging for a higher level of service to pad the bill. Illegal!

So the claims by Families USA are pure BS, plain and simple. And to the undiscerning reader it may seem like cold, hard facts; a good reason to support universal health care. But it’s a lie. Understand this, universal health care is being embraced by political groups, ideologues, and insurance companies alike. That’s right, insurance companies*. Because they smell the money-making opportunity in this horse turd. More insured means more premiums for the insurance companies–believe that. And they love it! They have a vested interest in perpetuating the complete falsity of passing costs onto the insured. Bull! Insurance companies raise premiums for one reason and one reason only; the same reason they withhold reimbursing health care providers for as long as they can–PROFITS. And profit from this political mumbo jumbo they will.