Proof in the Pudding Disease by Vaccination 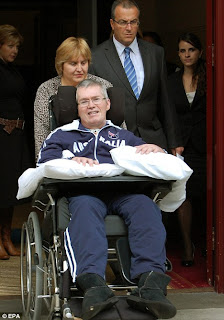 Right to life. Right to death. Wouldn’t you say that when it comes to our bodies, our own lives, we should be able to do as we see fit? Even if that means ending it all when we want to move on, doesn’t it? The right for people to make their own decisions with regard to their death is a controversial issue as old as man himself. Well one country has decided that it’s time to put the power of decision in the hands of the individual when it comes to choosing one’s death.

An Australian court ruled today that a quadriplegic man who has begged to be allowed to die has the right to order his care takers to starve him to death.* Western Australia’s chief judge Wayne Martin said the Brightwater Care Group would not be criminally responsible if it stopped feeding and hydrating the severely paralyzed 49-year-old, Christian Rossiter. The judge said the ruling had nothing to do with euthanasia, nor about the right to life. What this case had to do with is the right to direct one’s own medical treatment, period. Amen to that.

This ruling set a landmark precedence in Australia, where it is a crime to assist one in taking their own life. People convicted of assisting in this endeavor face life in prison. The judge found Rossiter neither terminally ill nor mentally incapable of making an informed decision, thereby allowing him to direct his own death. Rossiter’s attorney said it best when he stated, “It sets a precedent whereby people can easily refuse medical treatment.” And isn’t that the way it should be? 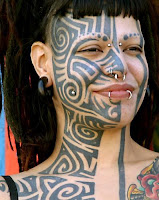 We can take a few lessons from our Aussie friends on this issue. First, the inability to direct one’s death is absolutely absurd. I know mine is not the popular opinion, but I feel that you should be able to do anything you want with your body, provided it harms no one else in the process. We already allow this practice to some degree with tattoos, piercings and brandings. Why is it OK to put a mental ring through one’s genitals, but not to be able to choose when to die? Duh!

Second, the right to direct our own medical treatment, it seems, is a basic human right. So why on earth do we settle for government mandates on vaccination, like they’ve recently done in New Jersey and Texas? Public health measures are understandable, so highly contagious diseases like measles, mumps, and whooping cough are certainly defensible when it comes to state and school policies. But the flu, human papilloma virus, and now swine flu? Are we crazy to allow the government to propose such mandated inoculations? I don’t want that crap in my children, and I think it’s my right to choose.

This Australian, individual’s-right-to-direct-medical-care, case is highly relevant to some issues here in the U.S. It’s our lives, our bodies and our families–it’s not the government’s place to direct our personal lives when it comes to our health and well being. Nobody knows better than we do about our own bodies, even if we do sometimes relinquish control to our doctors or others. And especially not the government and their consortium of idiots, responsible for shaping policy. They don’t know what’s best for our bodies more than we do–they’ve proven that time and time again.

*Just a side note: I personally wouldn’t choose to end my life as a quadriplegic person because as long as I have my brain, I value my life; but I certainly support everybody’s personal decision in this matter.