Proof in the Pudding

Well, looks like I’ve been right all along. The best health insurance policy is the one you provide for yourself. I’ve known it, and now you do too. Here’s the proof:

According to a large study conducted at the German Institute of Human Nutrition, living a healthy lifestyle can significantly reduce the incidence of chronic disease. Adopting four habits–not smoking, exercising regularly, eating a healthy diet, and maintaining a healthy weight–reduced the probability of developing cancer, diabetes, heart disease, and stroke. While practicing all four behaviors provided the greatest benefit, adopting them one by one had significant protective effects too.

The study followed more than 23,000 middle-aged Germans for eight years. The participants were aged 35-65 years old. They found that the people who practiced all four habits had a 1/2% per year per person risk of developing chronic disease. Think about it–4% chance of developing chronic disease during the eight years of the study; extrapolate that to 20 years and the risk is only ten percent! For those people that did none of the habits, however, the risk went to 3% per person per year. That’s a full 24% during the study period and a whopping 60% in twenty years. Does anybody else see the enormity of this?

Here are some more facts: 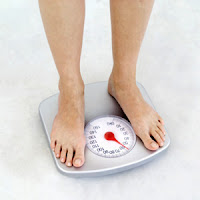 None of this is a surprise to me or my regular readers. It’s the major premise of my book, The Six Keys to Optimal Health, and it’s what I focus on most here in this blog. Despite the focus on health insurance as a means toward better health, the reality is that nothing in the current health care model is going to improve health as a whole. This recent study provides the proof. Now the difficult part will be to convince lawmakers, and more importantly, people that focusing on personal health habits is the only true path to health reform.