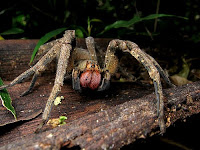 Imagine getting bitten by a spider, gents, and developing a painful erection lasting for four-days, and then possibly dying of asphyxiation. Sounds harrowing doesn’t it? But this is reality in south-eastern Brazil. The deadly Brazilian wandering spider can be found in the states of São Paulo, Minas Gerais, Rio de Janeiro and Espírito Santo, and its venom is so intriguing to scientists that they are now studying it as a possible impotence cure, a la Viagra.

Phoneutria nigriventer, the Brazilian wandering spider, is indigenous to Brazil and parts of northern Argentina. It is known as one of the most dangerous spiders in the world. Its venom is so potent and can be delivered at such a quantity that it can be deadly to human beings. Throw in it’s wandering nature and the fact that it searches for cover during the day–often hiding in houses, clothes, cars, boots, boxes and log piles–and it can be a serious risk to people who happen upon and disturb it. It is also known as the “banana spider” because it has been encountered as a stowaway in shipments of bananas. 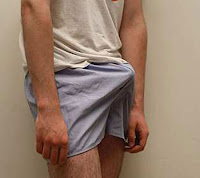 When bitten by P. nigriventer, men will develop a long-lasting, painful ercetion which ultimately leads to impotence. The potent venom known as PhTx3 acts as a broad-spectrum calcium channel blocker. At deadly concentrations, this neurotoxin causes loss of muscle control and breathing problems, resulting in paralysis and eventual asphyxiation. In addition, the venom causes intense pain and inflammation following an attack.

But it’s the erectile stimulatory effects that have scientists excited (go figure). Viagra (sildenafil citrate) works by increasing nitric oxide in the penis, which opens up the blood vessels and allows the penis to fill, causing erection. The spider venom works in the same way, increasing nitric oxide levels, albeit through a different mechanism. Scientists say that as exciting as this news is, they are years away from developing an impotence drug based on the spider venom. But try they still will.

I don’t know about you, but I’m always pumped-up about erection drugs. And why not? I mean, what’s life for except for furthering life? So spider venom working on the fly is good news in my book, even if one might have to deal with a little discomfort (four days?) along the way.