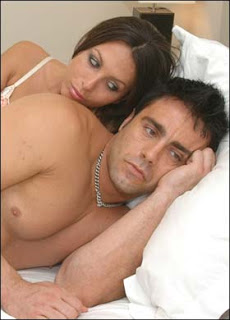 PSD502–which combines the drugs lidocaine and prilocaine–is sprayed on the head of the penis before intercourse. A study of men in Canada, Poland and the United States found that those treated with the spray five minutes before intercourse were able to delay ejaculation up to five times longer than those who used a placebo. In addition, men who used the spray and their partners reported improved sexual satisfaction. Throw in a little Viagra and WATCH OUT! 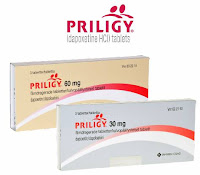 Johnson & Johnson has also developed a pill called Priligy that delays ejaculation. The company studied the product on several hundred men who had a typical ejaculation time of about 36 seconds. After using the product, the typical time from penetration to ejaculation was about 2.6 minutes, about a two minute increase–not a big deal for most of you stallions, but for the typical P.E. sufferer…that’s heaven.

As exciting as this news is, controversy looms: Some people in health care circles believe, accurately in my opinion, that too many disorders these days are created only after a drug has been developed. This is certainly the case with antidepressants, and probably with erectile dysfunction and premature ejaculation, too.

Listen, no doubt some men can’t hold on for dear life, but enough to create a mega-selling drug in the Viagra vein? I doubt it. Variation exists in all physiological functions, including staying power–and there’s no shame in that, but let’s hear the arguments:

According to Dr. Wayne J. G. Hellstrom, professor of urology at the Tulane University School of Medicine in New Orleans and, not surprisingly, previous consultant for Johnson & Johnson, “[Premature ejaculators] don’t usually last in their relationships.” Excuse the pun. He goes on to say that 20 to 30 percent of men experience premature ejaculation at some point in their lifetimes.

But Leonore Tiefer, a clinical associate professor in the psychiatry department at the New York University School of Medicine specializing in sexual disorders, believes that pharmaceutical companies are medicalizing every aspect of our daily lives, from mood to sleep to sexual function. My regular readers know I agree with this wholeheartedly. If you haven’t had the chance to check out to my podcast on lifestyle drugs (episode 3), it’s definitely worth the listen.

She goes on to say, “It is going to become a problem once enough publicity is given to it.”

Exactly. Don’t let me ruin the party but…come on (not too quickly, now)! Thirty percent? Uh huh. Today, marketing is everything in the world of pharmaceutical sales. And sadly, it even dictates disorder classifications. That’s the world we live in.

2 Responses to P.E.–Believe the Hype?