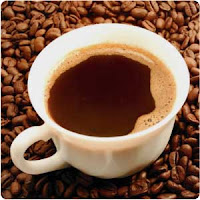 Prostate cancer is uncontrolled cell growth in the prostate gland–the walnut shaped gland that sits beneath the bladder and produces an alkaline solution that protects sperm in the acid environment of the vagina. Prostate cancer starts as primary tumors in the gland itself but can travel–or metastasize–to other parts of the body, particularly the bones or lymph nodes. 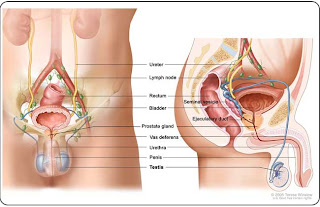 Prostate cancer is generally slow-growing–good news as it can be caught early in many cases with good treatment outcomes. Prostate cancer is also preventable through ejaculation frequency (that’s right master baiters, clearing out the ducts can be beneficial, but beware hairy palms), taking omega 3 fatty acids, vitamin B6, vitamin D, and now drinking coffee, beer and exercising.

In Harvard’s Health Professionals Follow-Up Study on coffee and prostate cancer, there was a clear relationship between the amount of coffee consumed and prostate cancer risk: The more coffee men drank, the more positive the effect observed. Caffeine was not the protective substance, however, as decaffeinated coffee also showed positive results. Researchers believe it has something to do with insulin and glucose metabolism. As one of the scientists put it, “A number of studies have found that coffee is associated with a reduced risk of diabetes.” The researchers cautioned that the link is not yet fully conclusive…but it certainly looks good.

The second study showed that the death rate from prostate cancer for men who exercised vigorously was 12 percent lower than for those who didn’t. Although researchers do not know exactly why exercise protects against prostate cancer, it might have something to do with immune function and reduced inflammation. 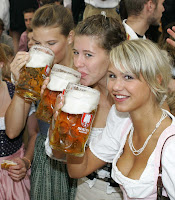 Finally, recent reports tell of the protective properties of a substance found in beer, xanthohumol, which in tests blocked a biological pathway that allows prostate cancer to be fueled by the male hormone testosterone. Yay! Don’t fret ladies, they also found that xanthohumol blocks estrogen receptors, which may lead to prevention of breast cancer. Double yay!

So drink up, gents (and ladies have a pint, too). If beer is not your thing, then have a cup of Joe, and do thirty minutes on the treadmill. You’ll be doing the right thing for your prostate that way.