Welcome to the Future

As they say, the future is here. Experts have warned for years the coming of superbugs (I, myself, have warned extensively about drug-resistant microorganisms in my book, The Six Keys to Optimal Health, and here in this blog)–their looming invasion and the consequences we’d have to face in a world where microorganisms develop resistance to the only weapons we have to fight them–drugs! 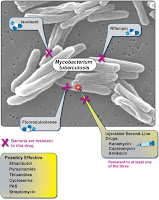 Well that world has arrived: Recent reports disclose two new frightening superbugs that could have global health officials scrambling for years to come. The first (I’ll touch on the second in an upcoming post) is a case of highly drug-resistant tuberculosis (TB) found in a Peruvian national studying English in the U.S. (West Palm Beach, FL area). Doctors say this extremely drug-resistant (XXDR) TB has never been seen before in the U.S. and is, in fact, so rare that only a handful of other people in the world are thought to have had it.

According to Dr. David Ashkin, one of the nation’s leading experts on tuberculosis, “[This infected student] is really the future. This is the new class that people are not really talking too much about. These are the ones we really fear because I’m not sure how we treat them.” 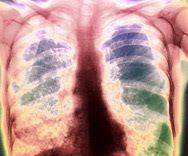 The XXDR TB-strain of TB is contagious, aggressive, and especially drug-resistant, doctors say. TB germs can float in the air for hours, especially in tight places with little sunlight or fresh air. So every time an infected person coughs, sneezes, laughs or talks, he or she could spread the deadly germs to others. Tuberculosis is the top single infectious killer of adults worldwide, and it lies dormant in one in three people, according to the World Health Organization (WHO). Of those, 10 percent will develop active TB, and about 2 million people a year will die from it. 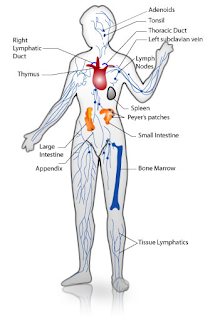 Simple TB is easy to treat–a $10 course of medication for six to nine months. But if treatment is stopped short, the bacteria fight back and mutate into a tougher strain. It can cost $100,000 a year or more to cure drug-resistant TB, which is described as multi-drug-resistant (MDR), extensively drug-resistant (XDR) and XXDR. There are now about 500,000 cases of MDR tuberculosis a year worldwide. XDR tuberculosis killed 52 of the first 53 people diagnosed with it in South Africa three years ago.

Although this all seems scary and futile, I do not take that stance. It’s true that antibiotics and other microorganism-fighting drugs have been over- and misused. And it’s also true that we have few to no external weapons to fight superbugs. But we still have one mighty tool in our arsenal, one that evolves along with the ever-changing environment in the same way mutating microorganisms do: our immune system.

The human immune system is the only weapon I’m putting my money on. A healthy human body expressing a healthy immune system is rather formidable–our ability to thrive over the course of history proves it. We encounter plagues that take out the weakest (with a few random exceptions) of our ranks, but ultimately, we adapt…and the dance goes on.

No doubt, our own endeavors have created new and enigmatic challenges–like extremely drug-resistant (XXDR) TB–but we will persist, for now. I don’t see drug-resistant tuberculosis as the dawn of the new Roman Empire, but we will have to be smart about it. Without a doubt, our most talented minds in chemistry and biotechnology will find new drugs to combat these dangerous superbugs, but ultimately, we’ll have to maintain strong, healthy bodies. We’ll have to make sure that all our functional systems are operating at their highest levels. This includes the immune system, the nervous system, the cardiovascular system and all other systems of the body.

Practicing the health-enhancing behaviors I outline in my book and here in this blog are the only things that will ensure your own strength and survival. Some healthy people will get sick and probably die from drug-resistant microorganisms. But if I have to bet on which people will have the greatest chance of survival from a superbug onslaught–I’ll put my money on healthy, optimally functioning people every time.

One Response to Welcome to the Future