Like XXDR TB, these two new superbugs are a result of over- and misused drug responses. In the case of DR-malaria, the drug in question is artesunate–a derivative of artemisinin, the world’s last weapon against malaria. On the Thai-Cambodian border, DR-malaria is popping up, experts believe, as a result of over-the-counter purchases and self-administering of artesunate. 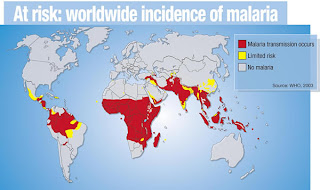 Although artesunate has some use in fighting malaria, it is not meant to be a stand -alone drug. This weakened drug response makes it easy for the malaria bug to withstand and develop resistance. Artesunate has been banned in Cambodia; despite this, it continues to be sold to locals in small, unlicensed shops for self-treatment of malaria.

DR-HIV is starting an upsurge in South Africa. Because of short drug supplies, many people do not take the full course of antiretroviral treatment, and drug-resistance results. For the unfortunates that fail on one antiretroviral regimen, other drugs can be tried; but for each successive one the risk of mass drug-resistance increases–not a good prospect in the fight on HIV in sub-Saharan Africa, where 2/3 of the world’s 33 million HIV cases exist.

As I pointed out in my last post, the evolution of drug-resistant microorganisms is a truly frightening notion on the surface. But all is not futile. I talked about maintaining one’s own health as the best possible defense against microorganisms–superbugs or not. This includes adopting all health-enhancing behaviors, as well as abandoning those health-depleting behaviors we have become all to accustomed to. One in particular is proving to be an incredible long-term solution to slowing down the growth of drug-resistant microorganisms, and it is being practiced with great success in Norway. 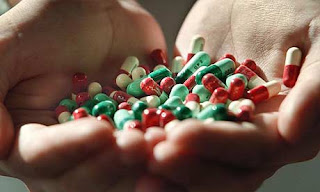 The Norwegian public health system has adopted a program to combat drug-resistant bugs, and it’s basis is to cut back on the use of antibiotics. Bravo Norway! They have recognized there that the majority of antibiotics are prescribed for benign symptoms, like minor coughs or fevers.

“We don’t throw antibiotics at every person with a fever. We tell them to hang on, wait and see, and we give them a Tylenol to feel better,” says one Norwegian doctor. “Penicillin is not a cough medicine,” says one marketing message on a package of Norwegian tissue paper. Hallelujah!

I’m pleased to see a country making a mass effort to contain a menacing global problem. The World Health Organization (WHO) says antibiotic resistance is one of the leading public health threats on the planet. I couldn’t agree more–time to take proactive measures. And Norway is doing just that. We could do the same here in the U.S. but it will take a concerted effort by physicians; something I think will be much harder to count on. Only time will tell which direction it all goes. But with the looming dangers of DR-TB, DR-malaria and DR-HIV we better start doing something. As I keep preaching, all we can do is take the best care of ourselves possible by practicing health-enhancing behaviors. It will be the strong that survive if a superbug onslaught is allowed to fester.