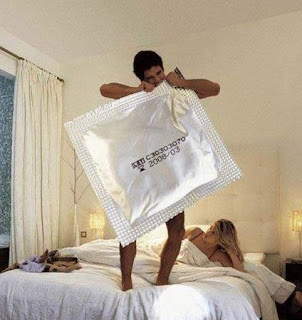 How’d that condom fit? Many men are complaining, “not too well”…and they’re taking them off or shunning them altogether as a result. Hope Trojan Brand is listening.According to a recent survey of 436 men, aged 18 to 67, 45 percent said they’d used a condom that fit poorly the last time they had sex during the previous three months. Doh! And these men were 2.5 times more likely to say their condom broke or slipped compared to those who said their condoms fit well; they were also five times more likely to say they experienced irritation to the penis.

Men who said that condoms fit poorly also complained that the condoms made it difficult for them or their partners to reach orgasm, and they were more likely to remove the condoms and continue having sex without. Double doh!

The study was conducted by The Kinsey Institute for Research in Sex, Gender and Reproduction, on their website, and is published online in February in the journal Sexually Transmitted Infections. Researchers noted that the findings “emphasize the point that men and their female sex partners may benefit from public health efforts designed to promote the improved fit of condoms.” 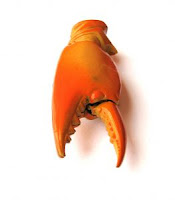 I see it now, a whole new industry on the horizon: condom haute couture—customized rubbers. Now that’s an idea. They can come in all kinds of fabulous colors and varieties: french ticklers, vibratory stimulators, crab claws, whatever. But if this survey is a good representation of the public, then it would behoove condom companies to listen, as increases in unwanted pregnancies and sexually transmitted diseases can result from defunct rubbers.

My advice to men is to actually take the time to search for the right condom. Although the local drugstore usually carries the minimum of brands and varieties, specialty stores will have wider selections. Or better yet, here’s a website: www.condomania.com. They’ve got the right glove for every size. Check it out. Taking the time to do it right is important. Put a little work in, fellas…or suffer the consequences.