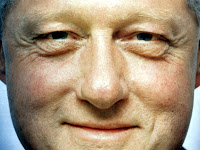 Former President Bill Clinton, who underwent a second heart surgery last week, had some health-related words of wisdom that make even the most committed health experts smile with satisfaction. Speaking to a group of young people today, Clinton advised them to make smart choices when it comes to their health.

Clinton was hospitalized last Thursday after feeling chest discomfort (angina). Doctors found a blockage of an arterial graft that was performed five years ago and applied two stents to re-open the arteries. Clinton received a quadruple bypass surgery in September 2004, but has continued to work full-force, most recently with two foundations providing relief aid to Haiti following the devastating quake there. He has also been putting in time with the Alliance for a Healthier Generation, a collaboration between the Clinton Foundation and American Heart Association that focuses on fighting childhood obesity.

Regarding his hectic schedule and consequent lack of sleep, Clinton stated that it would be a mistake for him to slow down now.

“I’ve been given this gift of life by my surgery five years ago, the medicine I take, the lifestyle changes I’ve made,” he said. “I don’t want to throw it away by being a vegetable. I want to do things with it every day.”

Bravo again, Mr. President, indeed! Like I’ve said before, living a purposeful life continues life; lose that purpose and…game over. So good for the president to keep on plugging, and more importantly, for his saying so. Those are true words of wisdom.

He did say, however, that he would try to improve his lifestyle habits further by exercising more and trying to get more sleep. Yes, yes…that’s the way, sir. And keep working, don’t ever stop. 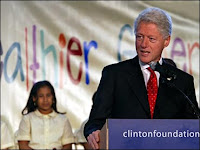 Here’s the recap: Kids, young folk and people of all ages make smart choices when it comes to your health. Exercise, eat healthy, see your chiropractor regularly and get plenty of rest. Cut the crap like the sodas and processed foods; minimize toxins like drugs, alcohol and cigarettes. Do the right things and you’ll be making your mark for years to come.

And live your life purposely: Just do it, and keep on doing it. Don’t stop till you drop. For his perseverance, President Bill Clinton is an inspiration.