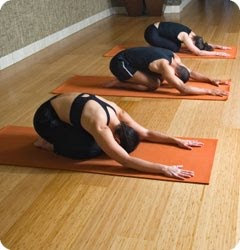 Doing yoga helps cancer patients overcome sleep problems.  So says a recent study to be presented at the annual meeting of the American Society of Clinical Oncology (ASCO) to be held in Chicago this June.  According to the study, yoga also improved quality of life, reduced fatigue and reduced the need for sleep medications in cancer survivors.  Now how ’bout that?

The study looked at 410 patients who had finished treatment two to 24 months before and who had reported greater-than-average sleep disruptions (80% of cancer patients have trouble sleeping while undergoing treatment, and about two-thirds say the problems persist after treatment ends). Almost all of the participants were women, and three-quarters had had breast cancer, although the cancer had not spread. None had done any yoga in the past three months.  Participants were randomized to either receive regular follow-up care for cancer survivors or to receive regular care plus two 75-minute sessions of yoga per week for four weeks.

Emphasis was on doing postures (asanas) breathing from the diaphragm rather than the chest (pranayama) and on mindfulness, visualization and guided meditation.
Here are the results: 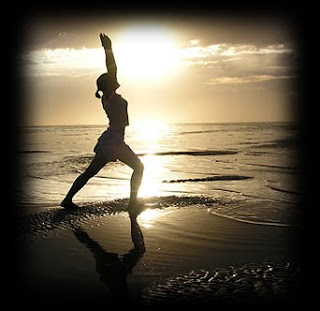 Pretty amazing, but not surprising.  I know firsthand the multitude of health benefits of practicing yoga, as I have been involved in my own practice for 10 years.  What is remarkable is the degree and rapidity with which cancer survivors respond to yoga practice.

The combined focus on physical activity, mental focus and breathing is a recipe to benefit all people.  Yoga has been around for thousands of years precisely because it has taught people a way of enhancing their life forces.  If yoga has the ability to transform the lives of cancer survivors, then it certainly has the ability to do the same for you and me.  I’m doing yoga daily; I encourage you to do the same.  Yoga will transform you.