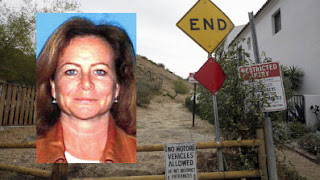 Not a nice story, but a sobering reminder of the importance of staying hydrated.  Sally JoAnne Menke, a longtime editor for Quentin Tarantino films was found dead early Tuesday morning, a victim of hyperthermia or heat stroke.


Menke went out walking her dog with a friend at around 9 am Monday morning in Griffith Park in Los Angeles.  For those who don’t know, Monday was a day of record heat in Southern California, reaching 113 degrees in Los Angeles.   During the walk, Menke, who had a history of seizures, started complaining of dizziness; she decided to return to her car.  The friends split up, and Menke was observed walking on a hiking trail about 15 minutes later.  Witnesses say she appeared disoriented but declined any help.  Apparently, Menke and friend did set out on their hike with a bottle of water.

When Menke failed to turn up after the hike, friends organized a search team and set out on horseback and by foot to find her.  By 6pm the police were called.  Search dogs, a police helicopter, Hollywood Division officers and the Fire Department’s urban search-and-rescue squad participated in the search.  Her locked car was found in a Griffith Park parking lot.  Menke’s body was found at 2:15 am at the bottom of a ravine near 5600 block of Green Oak Drive with her black Labrador retriever loyally by her side.  She was 56 years old.

Menke worked on every Tarantino film from Resevoir Dogs to in 1992 to last year’s Inglourious Basterds, which earned her an Academy Award nomination.  She also worked on Teenage Mutant Ninja Turtles, Heaven & Earth and Mulholland Falls.  Menke leaves behind two children, a son and a daughter.

This is a sad story that is a major reminder to everyone: Don’t mess around with your hydration levels.  Water is necessary for most life processes, with temperature regulation a crucial one.  We have a very intricate temperature regulation system that is dependent on water.  When hydration levels are low, we become susceptible to overheating, or heat stroke.  Disorientation, dizziness, fatigue, muscle weakness can all occur in an individual that is not properly regulating temperature.  In these individuals, they feel that they just need to lie down and  rest.  Bad idea.  It’s the sleep you may never wake up from. 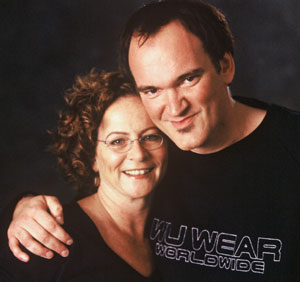 If you find yourself in this situation, call 911 immediately.  Time might have saved Ms. Menke.  But even better, make sure you are properly hydrated from the start.  That requires two liters of water every day!  That’s right, two liters…daily. Can’t stomach it?  Better build up to it, because it’s what you need.  It doesn’t matter if you live in Southern California or the east coast, Florida or the Great Lakes–regardless of region, you can fall victim to hyperthermia (heat stroke) whenever you are not properly hydrated.

Water intake is not a game.  Don’t mess around.  If you don’t want to eat, you’ll survive, but if you don’t drink water, you’ll die within days.  You might even die sooner depending on conditions.  And don’t rely on your thirst mechanism to guide you.  Thirst is one of the last symptoms of dehydration.  Like I said, don’t mess around: drink your two liters of water every day.

My condolences to the Menke family.