Just to show you that today’s health care is all politics and money, let’s discuss the uproar over new Centers for Disease Control and Prevention director Dr. Thomas Frieden’s latest statement on the six priorities–or winnable battles–that the center should focus on: smoking, AIDS, obesity/nutrition, teen pregnancy, auto injuries and health care infections.

So what’s the uproar?  Think of all the other groups that want political backing and money: cancers, heart disease, eating disorders, mental health…SWINE FLU for crying out loud!  These left out groups just ain’t gonna see the money, baby.

Many advocates, legislators and others in public health have dedicated their lives to problems that did not make Frieden’s short list, so the complaints are rolling in…wah, wah, wah…and you thought health care was just about health.

Part of the problem for the groups left out is that most of Frieden’s “priorities” are long-standing, major challenges that get a lot of attention already.  Like, let somebody else in the club.  Corn nut allergies are grossly overlooked time and time again.

“So is hepatitis C,” cry pundits of this condition.  Heps B and C is are ticking time-bombs ready to explode, according to experts, so why not move smoking to the side for a decade or two?  Isn’t it enough that we’ve banned nearly all public smoking, and have reduced cigarette smokers to ostracized lepers?

Frieden is known to somewhat shake the system.  As New York City’s health commissioner in 2002, he began by identifying the city’s most pressing health issues, leading campaigns to ban smoking in the workplace, tax soda, cut salt in processed foods, and ban artificial trans fats in restaurants.

Frieden calls his new short list “winnable battles” because, he says, proven programs can save lives and reduce harm from each of these health problems.  He believes government can make dramatic improvements if available money and manpower are focused.

I’ve personally got nothing against the CDC’s fight against “winnable battles.”  I might focus on six different priorities, but Frieden’s choices are certainly noble.   No doubt smoking and poor nutrition/obesity are the cause of numerous health problems.  Auto accidents kill many people unnecessarily, and with texting the new drinking for driving, we are going to have our hands full for quite awhile, I presume. 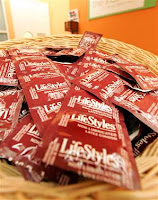 AIDS, frankly, doesn’t scare me as much as syphilis does, but…well, I’ll just say it…lots of money and politics there.  Reality is that many cases could be prevented through safe sex.  And nobody can convince me that there just aren’t enough free condoms to go around.  Uh huh…and infections continue to soar in certain populations, although we all know better…hmmm.

Health care infections?  Just a part of today’s overuse of medical care.  Got to change a whole paradigm to make a shift there, but the fact that the CDC considers it a priority is a move int he right direction.

I must say that I am pleased at the attention health and health care has been getting nationally.  Everybody is thinking about it these days–good, as it should be.  But I still can’t help but marvel at the bickering among health groups and organizations over which health malady is most important…especially since we all know that would be health maintenance.  But of course.