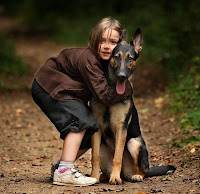 Sorry cat lovers, but it is a dog in the home that might just help prevent eczema in your child.  Yup, poochie prophylactics we call ‘em, and a recent study shows that it might just do the trick, immunologically, to keep your kid from developing the itchy skin inflammation.