ADD: How Dx is Made ADD Rx: Turning Kids Into Speed Freaks


I keep talking of a better way to view and understand ADD, but what exactly do I mean by that?  I’m going to discuss the idea here that classifying ADD as a “disorder” in need of treatment is erroneous.  I propose that by looking at the brain state currently labeled ADD in a different light, one of uniqueness and not dysfunction at all, we should be better able to help people who express this trait to find inspiration in their lives and thrive, academically and functionally. 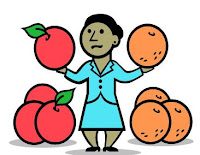 I discussed in last post the numerous theories that have attempted to explain the cause of ADD, but so far they have all come up short.  From genetics to environment to evolutionary theories, no explanation has been sufficient to account for what they have found (or not found) regarding ADD.  I have also explained how the parameters for the disorder have grown throughout history–the wider they become, the more people that get the diagnosis.  Although this practice has identified many different similarities among people suspected of having an attention disorder, it has also increased the number of similar differences; in other words, too many symptoms blur the already fuzzy lines.

Further, I have pointed out that there are no clear-cut markers to be found in people diagnosed with ADD, unlike those found in other diseases like AIDS (HIV+), hepatitis (elevated liver enzymes), and prostate cancer (elevated PSA) to name a few.  Brain changes have been noted in some studies, but they are complicated by the fact that they have never been able to be reproduced in further studies.  One study did find that the brains of 50% of subjects labeled ADHD have slower maturation of their frontal cortices relative to “normal” controls, but I contend that it presupposes ADD to be an actual disorder, which I emphatically reject (aside from the possibility of the brain changes resulting from stimulant drug treatments). 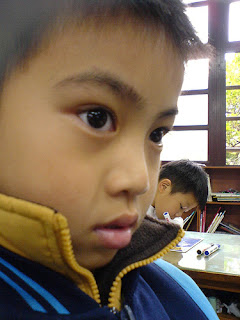 I am certain that the neurological irregularity we currently classify as ADD is a normal variant to the mental attentive function we all exhibit.  Everybody, including those labeled ADD, has the ability to focus their attention at various moments in their consciousness.  The person labeled ADD, however, has difficulty focusing attention at preset moments defined by current cultural norms, most notably during classroom time.  Because we are all expected to learn which moment requires which behavior, this inability to focus is naturally considered a malfunction.  But is it?

It is my opinion that people exhibiting this normal variation of attention, this inability to concentrate at will, is more a reflection of an uninspired mind toward the subject matter–conventional academics primarily.  This is not news to anybody keeping up with these posts: I’ve made it abundantly clear that I believe the problem lies with teachers having an inability to inspire these normal variant minds.  But let me focus even more: People labeled ADD–we’ll say children primarily, because adults have usually learned to adapt to circumstances (as any successful organism does)–do lose their attention more quickly than the so-called “normals”.  I will not dispute this fact, but it doesn’t mean they are somehow dysfunctional; they are simply unique in their needs.

OK, so far I haven’t said anything that goes against today’s conventional wisdom on ADD.*  But here is the difference: By perceiving this unique variation in attention span as a disorder, it opens the door for a particular kind of fix–primarily stimulant drugs.  This has not only had a minimal effectiveness, but it is likely causing more harm than good both to individuals and to the society at large.

By seeing the unique challenges faced by some children (3-5% worldwide according to the latest figures) as a normal variation of a ubiquitous brain state allows the possibility to help these children wide open.  Seeing how the brain state labeled ADD is merely a different similarity to what we all experience when uninspired allows parents and educators to find out exactly what these children are inspired by.  When accomplished, the task will be to then relate all other subject matter back to the areas of inspiration.  Whew. 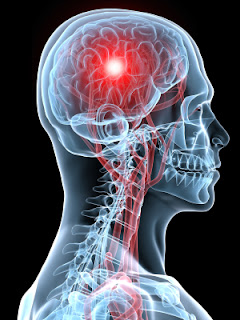 I know it sounds simple, but that’s because it is.  It’s universal.  Trying to find the fragmented parts that separate some human beings from others in order to account for a perceived abnormality is futile–we all operate under specific laws.  It’s not that I think the entire historical course of this non-disorder was unnecessary.  It served a sort of ruling out process.  But the evidence has been piling up–there is no there there.  Isn’t it wiser to see how people labeled ADD are similar to us and nurture that?

I do not for a second believe that the hunt for a fragmented cause of ADD, and its subsequent pharmacological solution, will end anytime soon.  But if you are a parent with a child that has trouble conforming to the social norms of focusing in the classroom on subjects that are maddeningly uninspiring, then think twice before attaching the label ADD to that child.  I am certain that the drug solution associated with that life-label will never provide anything more than reliance on drugs; at worst it might even harm your child, physically and/or mentally.

I will touch even further on the current treatment solutions for people labeled ADD in upcoming posts.  Until then, rethink conventional wisdom.

*It has recently come to my attention that my thoughts on this subject are similar to those put forth by the Church of Scientology.  I am NOT a Scientologist.  While I have nothing against Scientology, per se, as I know next to nothing of its philosophical teachings, I merely wish to separate my thoughts from that of any organized group or religion.  I respect all peoples’ choices to believe and worship as they choose fit.

2 Responses to ADD: A New Paradigm