Wasting Away From the Inside-Out Corrective Exercises for Knee Clicking

I’ve gotten to experience something very interesting over the last couple of weeks.  Resulting from my posts on childhood statin recommendations and parental responsibility for childhood obesity, I’ve gotten numerous replies, comments and tweets that have both commended and criticized my views.  Being all for intelligent discussion, I’ve welcomed the responses; but something has become very clear to me: People who are attached to a particular point-of-view will fill any holes with their own interpretations and opinions,quite apart from anything that has ever been said or implied.  It’s an interesting phenomenon.  So as promised, I will continue presenting my viewpoint on obesity in general, and specifically, childhood obesity, so I can fill those holes myself, and keep my thoughts from being assumed by others.

Let me begin with the obvious: What is obesity?  From Wikipedia:


Obesity is a medical condition in which excess body fat has accumulated to the extent that it may have an adverse effect on health, leading to reduced life expectancy and/or increased health problems.  Body mass index (BMI), a measurement which compares weight and height, defines people as overweight (pre-obese) if their BMI is between 25 and 30 kg/m, and obese when it is greater than 30 kg/m 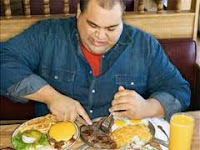 Wikipedia is not necessarily the end all be all as a reference source…but, in this case…well, it’s right.  Weight gain, which can lead to obesity, is caused by taking in more calories than you burn, period.  It doesn’t happen from eating one tootsie roll, despite a tootsie roll being an unhealthy food-like item, or from eating one French fry, or even thirty on a Saturday night for that matter; nor does it come from eating a Twinkie, or a bag of chips, or drinking a soda.  No, gaining excessive weight, and developing obesity, comes from eating lots of crap over and over again.

It is what one does repeatedly that matters, so, in that regard, obesity is a calorie issue.  But yes, there is more to it, although I would argue very strongly that the most important factor is overeating.  As a rule, Americans eat too much.  Listen, I am an American.  I eat at restaurants.  My observation is that the portions served in most restaurants are more than most people need under most circumstances.  I also observe how others eat, and can say quite confidently that most people aren’t leaving their plates half-full.  No, most people put it away–all of it–plain and simple.  And this (as a habit) leads to excessive weight gain.

Here’s some basic nutritional physiology: Take in more calories than you expend, you gain weight.  Expend more calories than you take in, you lose weight.  When intake and output (over time) are relatively equal…you maintain weight, no gain, no loss.  Duh.  It blows me away that some people actually try to argue against this simple fact.  Why not, then, argue against the Pythagorean Theorem while you’re at it? 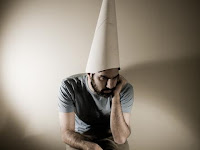 Listen, it doesn’t make sense to try to disprove what we already know about any science.  If it’s an established principle, why try to reinvent the wheel?  Oh no, the Law of Gravity is wrong, and that’s why we can’t unify all theories on physical forces.  No serious thinker would go that route.  Instead they would take what is already known and try to formulate a theory around that.  Freakin’ duh!   So why do some self-proclaimed experts attempt it with nutritional physiology? 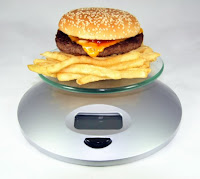 What amazes me is that some people think that somehow my previous posts suggested that I advocate a low calorie diet.  When have I ever said that?  Let me be perfectly clear: I’ve never said anything about a diet of any sort.  When I speak of “diet,” I speak in terms of how one eats, the types of foods one eats, and NOT a freakin’ fad diet (and that includes Atkins, or rehashed Atkin’s-like theories).  I simply cannot be any clearer.  The types of foods you eat matters, and how much of them you eat matters too, and how much you burn with physical activity also matters a whole hell of a lot more than your mutated skinny genes (and you thought those were just clothing trends). 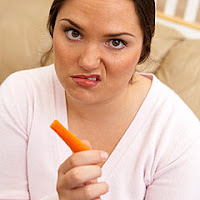 Interestingly, the notion that calories in vs. calories out and food type both contribute to obesity presents somewhat of a conundrum to people battling weight.  Some will say, “I don’t eat junk food, and I just cannot seem to lose weight.”  Then you eat too much, is my answer.  No, I don’t eat too much.  Then the types of foods you are eating are poor choices.  No, that’s not it either.  Okay, then what is it?  It’s genetics.  Oh, you mean fatness runs in your family.  Well, no…I have a gene.  But nobody else in your family is fat?  Well yes…both my parents.  Listen that’s called nurture–what you were exposed growing up, your learned behaviors–not necessarily genetics, or nature.  All you are doing when you blame it on your genetics is pulling yourself out of the equation, and I’m sorry, but that just doesn’t cut it.  Genetics, hormones, lack of sleep, blah, blah, blah…yes, okay, they contribute…but not more than your food choices do, both in quantity and quality.

I’m going to discuss hormonal factors in weight gain in the next post on the subject, as well as list some factors that are primary in the development and maintenance of obesity.  Just remember that food choices matter–the types of foods you eat (whole, natural foods that you prepare yourself are best), as well as how much you eat.  Denying basic physiological principles isn’t going to make one dent in the obesity epidemic, so the fools doing just that are merely perpetuating the problem.