France in the health news again as a second major scandal to hit the country in the last few months has surfaced. This one having to do with a widely prescribed lipid lowering medication called Mediator, which is now being implicated in the deaths of 1,300 and the hospitalization of over 3,000. According to a spokesperson for National Institute of Health and Medical Research (Inserm), the numbers may be even higher than that. 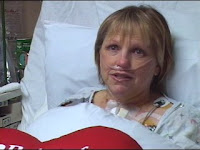 Mediator, known pharmacologically as benfluorex, was originally licensed to combat hyperlipidemia and control blood sugar in type 2 diabetics. But because the drug also acted as an appetite suppressant, it was routinely given to people just wanting to lose weight.

As a result, between 1,000-2,000 are thought to have died from using the drug, which is structurally similar to fenfluramine, the dangerous half of the popular weight loss combo, Fen-phen. If you don’t remember, in the 1990s fenfluaramine was found to damage heart valves and lead to pulmonary hypertension–definitely not worth the weight loss–and as a result it was pulled off the market in 1997.

Same thing happened to Mediator in 2009, when it was pulled off the European market. The drug was also shown to damage heart valves and cause pulmonary hypertension. To make matters worse, the drug’s manufacturer is being probed on suspicion of dishonest practices and deception. You don’t say? Yes, according to France’s national health insurance system, a whopping 303,000 patients used Mediator in 2006 alone, with 145 million sold before the drug was pulled. Woowee!

Well, looks like the U.S. doesn’t have a monopoly on shady drug manufacturing practices or stupidity. Not knowing all the details yet, I am guessing the makers of Mediator knew of the dangers to the public, and kept quiet–bad, bad, bad drug dealers. And as for the people looking for a magic bullet…well, what can I say that I haven’t said before? No free lunch, folks–so I guess it’s 1,300 dead to learn a lesson. Just wondering when the next American lesson will come. I guess we’ll just have to wait and see…statins.

5 Responses to French for Fen-Phen