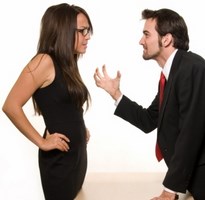 The biggest conflict lies in the desire to not have conflict. More than a part of life, conflict is a way of life. Everything from cells to stars must endure it, as conflict is necessary for all growth. Trying to avoid conflict is futile. Instead, by understanding its benefits, you can use conflict to your great advantage, by stepping beyond your comfort zones, and growing in wisdom and influence.

Conflict is important to biological systems as the driver of evolution. But it works much the same in our daily lives, helping us step into the next stage of experience and understanding. As conflict moves through its arc of tension and resolution, it ultimately opens us up to a new perspective. This leap in consciousness happens repeatedly throughout our lifetime, demonstrating a continued spiritual expansion, which often appears independent of the mind, but in reality, can be controlled by the way we use our mind, and much more than by merely thinking alone.

It’s easy to forget sometimes that conflict isn’t just between people and the outside world, it happens most often internally. Conflict is a part of our everyday decision making process, so something as simple as what to have for dinner can render some people batty. This is the mind at work. Most of us can’t stop the process—it’s a necessary component of the psyche meant to keep us authentic.

Although inner struggle can at times be painful, some have learned to become Zen with it; some have even come to like it. A good fight every now and again is good for the soul, and why not? Conflict has its advantages: It leads to resolution, self-awareness, discovery of new boundaries, and the removal of fear. At the very least, it takes us to the next stage of development, whether personal or professional—we need conflict to create and expand.

In the end, you can’t get away from it even if you tried—and why would you want to? It would be impossible to survive, let alone thrive without the internal function of conflict to guide you. By knowing and understanding your highest values—the drivers of your decision making process—you can turn those moments of inner conflict into a guiding mechanism to move you toward your higher purpose.

Many people do not tune-in to their values on a conscious level, so they often find making decisions difficult, and then they are prone to living their lives according to the values of others. By being in-tune with your values, you’ll make decisions easier and overcome conflict because you’ll be driven by your purpose. Just follow one simple rule: Stay true to your values and base your decisions on what brings you closest to fulfilling them.

So what about conflicts we have with people? Well we need those, too. Every aspect of life is governed by conflict—it’s called having “problems.” We are problem-solvers, in essence. Show me a life with no problems, and I’ll show you a cadaver. Without problems, we would have nothing to work out and life would have no meaning. Think about how families, organizations and cities operate—governments and political systems as well—isn’t conflict what takes center stage every four years in America? Conflict builds civilizations, and the Wall Street Occupiers are simply one incarnation of this evolutionary principle in action.

Just as with internal conflict, growth would be virtually impossible without external problems for us to solve. These can prove tricky, however, because dealing with others can turn things into a game of wills, which can slow progress and increase stress. But as clichéd as it may sound, the best approach to external conflict is to look for win-win situations. This can only be accomplished by understanding both your and your adversary’s highest values, and then attempting to reach a center point. This is the most effective path to resolution, when both parties feel comfortable that their values are being met. At the very least, if a resolution is not reached, you can both walk away knowing why you failed to compromise—you are being true to your individual values, and you simply haven’t found a way to make them intersect—for now.

Remember that conflict is inevitable—whatever problem you don’t solve today you’ll get to readdress later in the same form or a different one entirely, internally or externally. Either way, it’s best to understand the true nature and purpose of conflict than to try to avoid it. Nature will not allow that anyway. So experiencing conflict may be unavoidable, but you can ease the discomfort by tuning-into your highest values, and then using them to guide you down your evolutionary path.